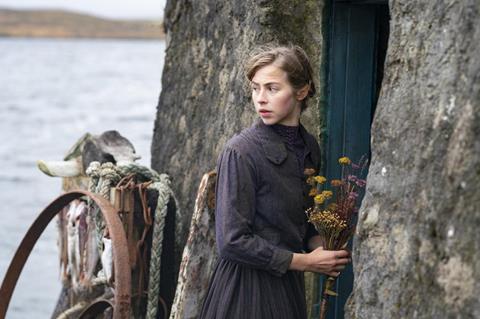 Parkland will debut the film at next month’s online American Film Market (November 1-5), while sister company Parkland Entertainment will handle distribution in the UK and Ireland, aiming for a spring 2022 theatrical release.

Inspired by true events, the film follows a young woman coming of age in a small island community before the First World War. She dreams of a life away from her strict home; before tragedy strikes twice, at a village party and then when her boyfriend is sent to war.

Previous winners of the EIFF audience award include Dave Maclean’s Schemers in 2019 and Travis singer Fran Healy’s Almost Fashionable: A Film About Travis in 2018.

My Screen Life: Danish producer Kim Magnusson on his love of TIFF, Zurich and ‘Bugsy Malone