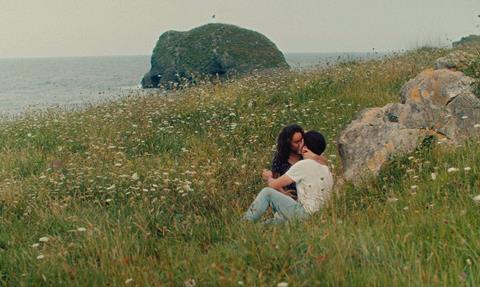 Notes On A Summer

Germany-based Patra Spanou Film has acquired international rights to Notes On A Summer, the debut feature from Spanish director Diego Llorente that is screening in competition at International Film Festival Rotterdam (IFFR) later this month.

Presented as a work in progress at the Málaga Film Festival in 2022, Notes On A Summer  (Notas Sobre Un Verano) follows young academic who leaves routines, obligations and her boyfriend back in Madrid for a carefree summer in her hometown on the Atlantic coast. She meets her first love and starts a passionate affair with him. Katia Borlado, Antonio Areque and Álvaro Quintana star.

“[Notes On A Summer] talks about a generation that was compelled to start their professional career in the midst of an [economic] crisis that has forced them to leave their land of birth to seek decent job opportunities elsewhere,” Llorente said. “This displacement is not limited to the scope of the work but permeates the unfolding of their lives.”

The filmmaker also produces through his Failo Cine outfit with Baltico. Llorente has also written the script which is based on his own novel of the same name.

Patra Spanou has previously worked with emerging Spanish talent such as Ainhoa Rodríguez, whose Destello Bravío competed at Rotterdam in 2021 and Xacio Baño whose feature debut Trot screened at Locarno in 2018.

“[They are] true indies who use stories from the edge of the Spanish provinces to express universal social issues and female realities,” said Spanou. ”Notes has the potential to engage an audience interested in indie movi es that open questions and start discussions and also filmgoers who want to get lost on screen in a Spanish summer, between lazy ‘siestas’ and an atmosphere charged with eroticism.”