In her expanded role the executive will oversee a division responsible for negotiating the production and talent deals across a broad portfolio of films. 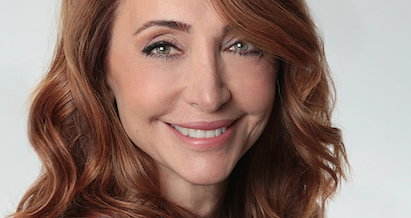 Laucella has also structured and negotiated talent deals for director Francis Lawrence and Jennifer Lawrence as well as many of the other principal cast members on the franchise.

In addition she has structured and negotiated production and talent deals for the first two installments of Lionsgate’s Divergent franchise as well as the upcoming Allegiant and other upcoming event films such as Gods Of Egypt, the live-action Power Rangers series, Deepwater Horizon starring Mark Wahlberg, The Last Witch Hunter starring Vin Diesel and Damien Chazelle’s La La Land And Wonder.

“She and her team are providing critical legal support to an expanding portfolio of high-profile event pictures, and her multi-disciplinary business and legal skills combined with her leadership abilities have earned the respect of her colleagues throughout the Lionsgate family.”

“I’m fortunate to work within the dynamic, innovative and entrepreneurial studio environment created by our amazingly talented senior management team, and it’s a thrill to play a role in assembling such an exciting pipeline of films,” said Laucella.

“I’m also very lucky to work with such a skilled business and legal affairs team, and I’d like to extend particular thanks to my colleague and counterpart Robert Melnik, who is a pillar of Lionsgate’s business affairs activities and an incredibly adept talent negotiator.”