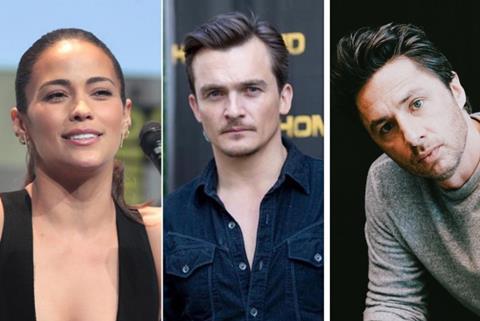 Production is scheduled to commence in South Africa this spring on the tale of a young family trapped on top of a camper van stranded on a flooded tidal basin within sight of the beach who must decide whether to face down a sadistic fugitive or flee through shark-infested waters.

CAA represents North American rights to Tiburon, which Alistair Legrand (The Diabolical) will direct from a screenplay by Jonathan WC Mills.

White is also premiering footage in Berlin on the company’s previously announced action romance Die In A Gunfight directed by Colin Schiffli and starring Diego Boneta, Alexandra Daddario, Travis Fimmel and Justin Chatwin. The film is currently in post and produced by Butterfield and Mark Gordon (Molly’s Game).