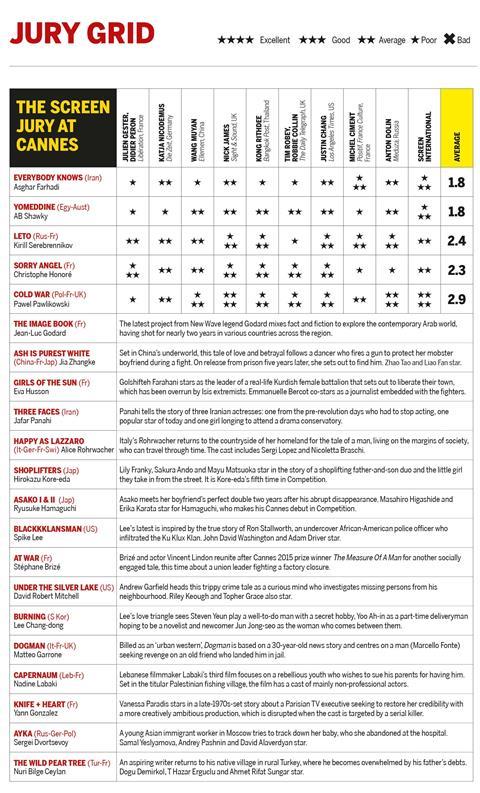 The film, which depicts a romance between Wiktor and Zula that starts in post-war Poland then moves to Paris, achieved an average of 2.9, including three 4s from Sight & Sound’s Nick James, Meduza’s Anton Dolin and Screen’s own critic. Julien Gester and Didier Péron of Libération were less impressed, awarding it 1 star.

Coming up on the grid are the latest film from Jean-Luc Godard, The Image Book, and Jia Zhangke’s Ash Is Purest White starring Zhao Tao.