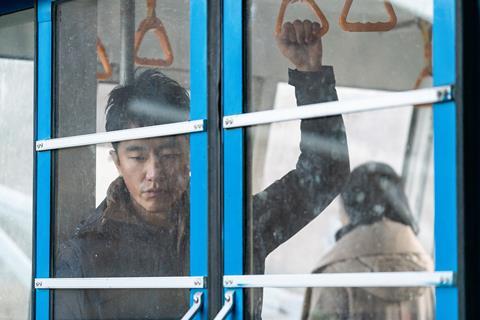 Berlin-based sales outfit Picture Tree International (PTI) has picked up international rights to Ziyang Zhou’s Wuhai, ahead of its debut in competition at the San Sebastian International Film Festival.

The Chinese relationship drama marks the second feature of Inner Mongolia director Zhou after Old Beast, which won three awards at the Golden Horse Film Festival in 2017, including the Fipresci prize and best original screenplay for Zhou.

It is also the first Chinese production to be acquired by PTI and is receiving its world premiere on September 24 at San Sebastian’s 68th edition, where it will play in competition.

The story centres on a young couple living in the city of Wu Hai, Inner Mongolia who head to a romantic spot on a local mountain top to mark their third wedding anniversary, but all is not as it seems.

Xuan Huang, whose credits include Blind Massage and Youth, co-stars as a man who contemplates desperate measures as he battles spiralling debts, opposite Zishan Yang, best known for Till The End Of The World, as his wife, who hails from a wealthy family.

The film is produced by Luna Wang and Li Zhu for Juben Pictures together with Yini Qian for Old Beast Film.

Further new titles on PTI’s slate include Prithvi Konanur’s Where Is Pinki?, a Bangalore-set social thriller about a divorced woman’s frantic search for her eight-month-old baby, which will premiere at Busan.