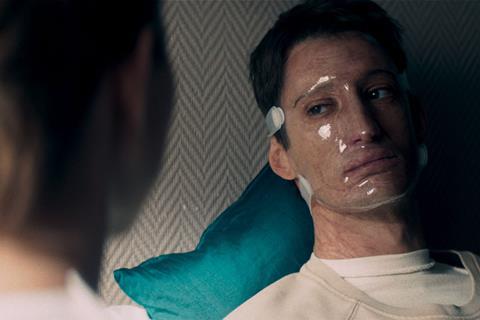 Paris-based sales company WTFilms is expecting to seal further deals at Unifrance’s Rendez-vous with French Cinema in Paris next week (Jan 17-21) where the film will screen on Jan 19.

It has been a breakout hit in France where it has drawn 1m spectators since its release by Mars Films on Nov 28 and is still playing on more than 200 screens.

This success comes amid a lacklustre period for French mid-budget dramas at the local box office in 2018, which was dominated by mainstream French comedies.

“It’s rare for a film like this to still be playing on this many screens seven weeks after its release. It was a nice surprise for the end of 2018,” said Gregory Chambet, co-chief of WTFilms co-alongside Dimitri Stephanides.

“We did a low-key screening at the AFM but that’s not really the market for a film like this. The Rendez-vous screening is its first proper screening and where most European buyers will get to see a completed version for the first time,” he added.

WTFilms, which launched with genre focus in 2012, has diversified its slate over the past year to expand its French offering.

The company will screen another three French films at the Rendez-vous topped by Xavier De Choudens’ feel-good film Adopt A Daddy (Damien Veut Changer Le Monde), starring popular actor Franck Gastambide as a school teacher on a quest to save one of his pupils from deportation.

Apollo Films is due to release the film in March and there is already buyer interest with JHM Distributions acquiring Swiss rights ahead of the Rendez-vous. “It’s a feel-good film on a topical issue,” said Chambet.

Other market premieres include Meltem, about childhood friends whose holiday on the Greek island of Lesbos does not go as planned after they meet Syrian refugee Elias, and father-daughter drama Looking For Leila, starring Roschdy Zem.

The company will also introduce six French films in post-production including Frédéric Farruci’s arthouse noir Night Ride, revolving around the relationship between a call-girl and a driver working for the Chinese Mafia, and Places Des Victoires, starring Guillaume de Tonquedec as a down-on-his-luck widower who finds salvation in his friendship with a young boy from the travelling community.

WTFilms is also handling its first ever period drama, Laurent Heynemann’s romance An Irrepressible Woman, about the true love story between Jeanne Reichenbach and political figure Leon Blum. The pair married in the World War Two Buchenwald concentration camp where the latter was being held as a prisoner of state. Elsa Zylberstein and Hippolyte Girardot play the two lovers in a cast also featuring Emilie Dequenne.

Other new French additions to the slate include alpine comedy-drama Up The Mountain by Sébastien Betbeder, whose 2016 film Voyage To Greenland was picked up by Netflix; Zoé Wittock’s quirky tale Jumbo, about a woman who falls in love with a merry-go-round, and Smiley, a comedy revolving around society’s dependency on smartphones and social media.

Chambet says the decision to broaden WTFilms slate to encompass more French titles came out of its experiences with the François Cluzet-starring thriller The Eavesdropper two years ago.

“We enjoyed the process and it made us realise that there is definitely interest out there for French films. It’s a different set of buyers from those we deal with for our genre titles but there’s definitely business to be done.”