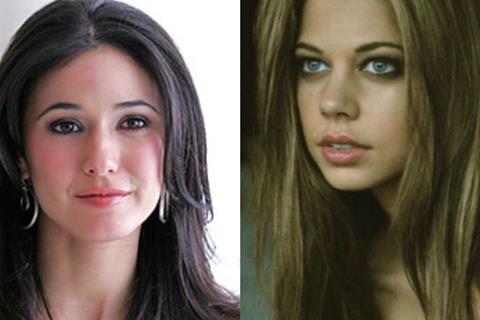 PEG has acquired international rights to Hospitality (pictured) starring Emmanuelle Chriqui and BROKEN STAR with Analeigh Tipton as the leads.

Chriqui plays a mother with a checkered past in Hospitality; a mother who must protect her son when an ex-con (Sam Trammell) checks into her isolated bed and breakfast searching for money he stashed on her property years ago.

JR Bourne, Conner McVicker, and Jim Beaver round out the key cast. Nick Chakwin and David Guglielmo wrote and directed the film, their second feature collaboration after No Way To Live.

Broken Star is a psychological thriller about a young Hollywood starlet sentenced to house arrest who proceeds to manipulate her reclusive landlord (Tyler Labine) into fulfilling her fiendish desires. Monique Coleman and Lauren Bowles co-star. Dave Schwep makes his feature directorial debut from a screenplay by David Brant.

“We couldn’t be more excited to work with Howard again after teaming up on Ava DuVernay’s Middle of Nowhere,” said PEG vice-president of acquisitions, Carlos Rincon. “Hospitality is a well-crafted neo-noir film full of spine-tingling suspense, while Broken Star will haunt you for days like a good David Lynch film.”