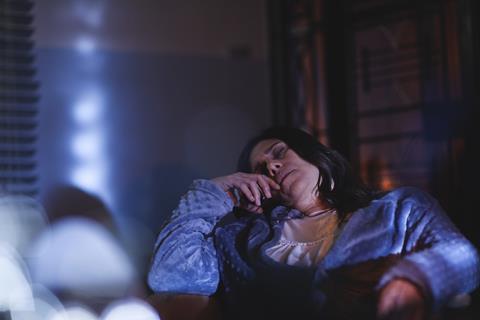 The recent experiences of the filmmakers behind Sarajevo CineLink title The Maiden’s Pond have revealed the multiple challenges facing those operating within the troubled Lebanese film industry.

The film, written and directed by Emmy award-winning Bassem Breche, was first brought to Sarajevo in 2017 as a guest project at the CineLink Coproduction market through the collaboration between the festival and the Doha Film Institute. It is close to being finished.

However, a dramatic spike in Covid cases in Lebanon combined with the economic crisis and massive explosion in Beirut earlier this month have made completing the project increasingly complex.

“Producing films in Lebanon is very challenging,” said producer Jana Wehbe, who is making The Maiden’s Pond through her Beirut-based production company, The Attic.

“It was already a very big challenge even when we used to have normal life, let’s say, because, unfortunately, there is not much support from the government for the cinema.”

Wehbe listed some of the other problems faced by local filmmakers. “Shooting is not easy, you have to take permits everywhere,” she said. “Censorship is a big factor as well, affecting our creativity.”

Even before shooting began on The Maiden’s Pond, the filmmakers lost two of their locations because of the forest fires which broke out in Lebanon last autumn. Another hurdle was the October Revolution, the civil protests taking place when the film was shooting.

Then, during the second part of the production, the economic problems in Lebanon provided the filmmakers with acute cashflow problems. And as they embarked on post-production, the Covid-19 crisis and lockdown began. Finally, just as the editing was almost complete, Beirut was rocked by a massive explosion on August 4, which killed more than 200 people.

Something to fight for

In spite of the often-fraught circumstances in which the film was made, producer Wehbe is convinced they have captured something special.

“Through the development of the film with all the problems that we had, I must say we were strong and we knew what film we wanted to make,” she said. “We are kind of happy with the film we have right now. It [the process of production] helped us all just grip on to something that we loved and wanted to fight for.”

The Maiden’s Pond tells the story of Salma and her daughter Thuraya, and of their attempts “to maintain and negotiate their lives.”

“I am amazed about the way he [Breche] writes about women and how he can even be skin-to-skin with what women can feel and experience,” Wehbe said of the writer-director.

Wehbe founded The Attic in 2009 with two friends from film school. Since then, the company has made films and also produced music events and theatre. “I can call it (The Attic) a hub of creativity through which we produce things we like from artists we believe in.”

Forthcoming projects include Throne of God, a new feature project from Pascale Abou Jamra, the director of acclaimed 2012 short Behind The Olive Trees; a new animated project titled The Day Vladimir Died from Fadi Syriani, co-produced with Ocean Pictures Filmproduction with Doha Film Institute support; and feature documentary House Of Ego, from Ziad Kalthoum and Dalia Mawad, about the underground life of a drag queen and mother in Beirut.