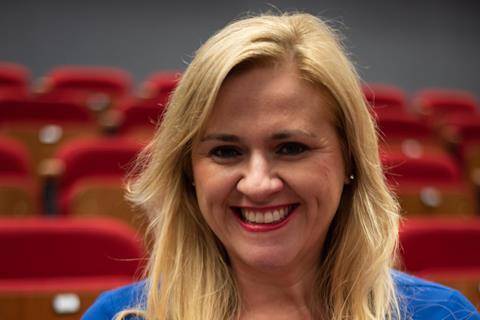 The Production Guild of Great Britain (PGGB) has appointed Lyndsay Duthie as its CEO.

She will assume her role in August and replaces Alison Small, who stepped down in March to join Netflix and head the streaming giant’s training initiatives out of the UK.

The PGGB represents those working within production office, production accounts, location management, VFX, post-production or assistant directing roles, and has more than 1,000 members across the UK. It also works closely with studios including Netflix, Warner Bros and Disney to deliver training schemes in a bid to meet the increased demand for production talent which has accompanied the rise in high-end television and feature film production in the UK.

The guild worked closely with the British Film Commission (BFC), industry body Pact and union BECTU during the industry-wide consultation on working in production during Covid-19, published last week.

Duthie has more than 20 years’ experience in the media industry as an educator, television executive producer and broadcaster. She began her career at commercial broadcaster ITV, spending 10 years originating and producing series and documentaries. From there, she moved to production giant Endemol before founding her own company, Ice Blue Media.

Since 2018, Duthie has been head of school for film, media and performing arts and head of Farnham Campus at University for the Creative Arts. Prior to this she was head of the film and TV programme at the University of Hertfordshire, partnering with PGGB to launch a production finance training scheme.

Alex Boden, producer of Cloud Atlas and upcoming Netflix fantasy drama Cursed, was named chair of the Production Guild last October and said: “Lyndsay will pick up the reins at a crucial time as together the industry rises to the challenge of restarting production. I have no doubt she’ll do a fantastic job of ensuring PGGB continues its strong track record of support for those behind the camera, especially as we respond to the realities of the production workplace post Covid-19.”

Duthie said she was joining at “this incredibly important moment in film and television history as we reimagine the production landscape”.

“By nature as production professionals we are problem solvers, so I know that we will find innovative ways together to future-proof our industry and continue the success of British film and television production,” she added. “I very much look forward to the challenge ahead.”