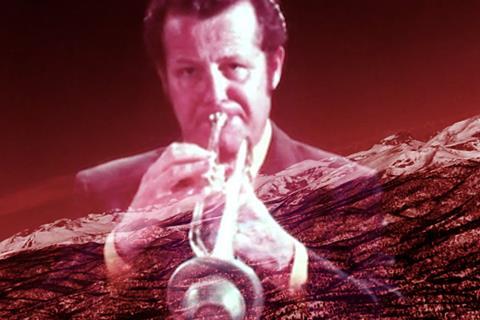 A focus on climate change, conspiracy theory QAnon and death row are among the projects selected for the online Inter:Active line-up at Copenhagen International Documentary Film Festival (CPH:DOX) which runs from April 21 to May 2.

The Inter:Active strand will comprise 13 new projects and will be available to access online from around the world. The pieces are a mix of film, extended reality and digital art, and will be presented as live events.

The programme will open with Anthropocene In C Major, a live performance documentary that draws on climate data for a 40 minute symphony of sound and image.

Also in the line-up is US title Project Immerse, billed as a paranoid thriller that takes its origin in the far-right conspiracy theory QAnon and explores the nature of misinformation, radicalisation and deception while attempting to draw the audience into a real true crime experience.

Sharon Daniels’ US project Exposed explores the spread of Covid-19 in the US prison system, along with testimony from Tim Young, a prisoner on death row at San Quentin State Prison in California, and Craig Haney, a psychologist specialising in the effects of confinement on mental health.

Part of the interactive line-up consists of works made by artists who participated in CPH:LAB, CPH:DOX talent development programme, which encourages creative risk taking to push the existing boundaries of documentary filmmaking. The pieces were made during lockdown and are all cantered on the theme of “hope for a better tomorrow”.

“All works are examples of a rapidly-developing new genre of live documentary,” said Mark Atkin, Inter:Active curator and CPH:LAB head of studies. “By making each of our events live, we are dissolving the barriers between artists and audience and allowing people to interact with each other while participating in the work”.