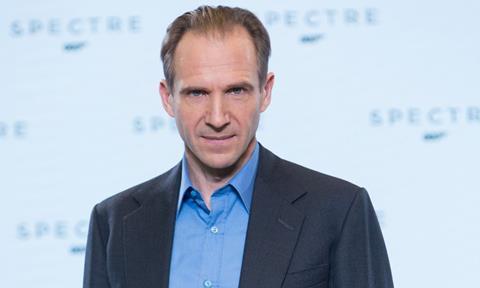 Ralph Fiennes has joined the cast of The White Crow, his project about Russian ballet dancer Rudolf Nureyev.

Fiennes will play Nureyev’s teacher and mentor, Pushkin, who helped launch Nureyev’s career out of St Petersburg, and will also direct the feature.

As previously reported, professional dancer Oleg Ivenko will play the lead role of Nureyev, while fellow dancer Sergei Polunin, Blue Is The Warmest Colour star Adèle Exarchopoulos and Russian actress Chulpan Khamatova are among the cast.

The production has now also attached Elle star Laurent Lafitte, The French Minister star Raphaël Personnaz, Personal Shopper actor Calypso Valois and Land Of Mine star Louis Hofmann ahead of its summer 2017 shoot in St Petersburg and Paris, with locations including the Mariinsky Theatre and the Palais Garnier.

Two-time Oscar-nominee David Hare (The Hours, The Reader) has adapted the screenplay from Julie Kavanagh’s book Rudolf Nureyev, which charts the iconic dancer’s famed defection from the Soviet Union to the West in 1961, despite KGB efforts to stop him.

Igor Zelensky. artistic director at the Novosibirsk Theatre of Opera and Ballet, will oversee the classical choreography with Tony Award winning choreographer Christopher Wheeldon (An American In Paris) in charge of special choreography.

HanWay Films is handling sales and will be shopping the project in Cannes.

The UK company also has four films in official selection: Yorgos Lanthimos’ The Killing Of A Sacred Deer, Takashi Miike’s Blade Of The Immortal, Cameron Mitchell’s How To Talk To Girls At Parties, and Jean-Stéphane Sauvaire’s A Prayer before Dawn.

Ralph Fiennes is represented by Simon Beresford at Dalzell & Beresford and Bryan Lourd and Joel Lubin at CAA.