Relativity Media has lost more senior executives as founder Ryan Kavanaugh tries to lead the company out of bankruptcy and get unreleased films out of limbo. 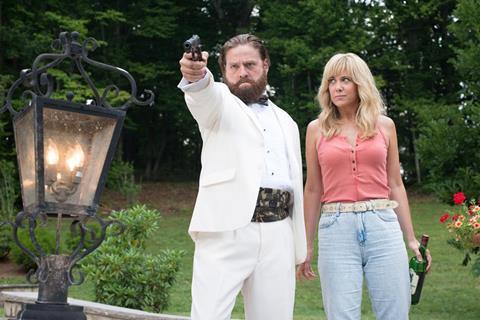 More senior executives are leaving Relativity Media as the struggling mini-studio attempts to reorganise and emerge from Chapter 11 bankruptcy protection.

After the departure of Relativity Studios president Tucker Tooley earlier this week, the company said on Tuesday that chief financial officer Andrew Matthews and Relativity Sports president Happy Walters had both had their employment terminated.

Meanwhile, supermarket magnate Ron Burkle, part of the consortium backing Relativity founder Ryan Kavanaugh in his deal to buy the company’s non-TV assets, said he will commit $30m to expand Relativity Sports and become chairman of its board. Burkle described the sports agency division in a statement as “a thriving business.”

How Relativity’s film operations will fare in the company’s reorganisation is not yet clear. When the company announced Kavanaugh’s acquisition agreement on Sunday (Oct 4) it said in a statement that it would “quickly move forward with previously announced content projects and other business opportunities, and will in due course announce official release dates for movies including [Kristen Wiig/Zach Galifianakis comedy] Masterminds [pictured], [Kate Beckinsale thriller] The Disappointments Room, Before I Wake, The Crow and Kidnap which were postponed for release during the bankruptcy process.”

Among those waiting for news on the unreleased titles are the independent distributors around the world with which Relativity Media has output deals. As recently as February this year, the company was still adding to its network of international pacts, signing new deals with Telemunchen Gruppe for Germany and Austria and Viva for the Philippines and renewing its arrangement for Latin America with Imagem.