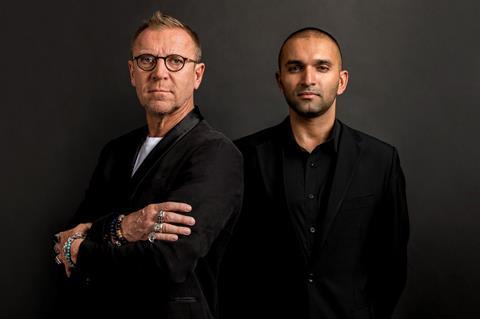 The new outfit will focus on developing international co-productions, as well as local-language Chinese films, focusing on features in the $10m-$50m budget range and scripted TV series. Parmar will serve as CEO with Harlin as chief creative officer.

The first original feature in development is sci-fi epic Solara, which Harlin is aiming to direct from a script by Creighton Rothenberger and Katrin Benedikt.

Harlin, who moved to Beijing four years ago, recently directed Skiptrace, starring Jackie Chan, and is in post-production on video game adaptation The Legend Of The Ancient Sword for Alibaba Pictures and action thriller Bodies At Rest for Wanda Pictures.

Parmar is vice president of international at Shinework Pictures, where he executive produced Kung Fu Yoga, starring Jackie Chan, and China-Kazakh co-production Composer, which will be released theatrically later this year.

Harlin said: “My last four years working in China, have been some of the most inspiring and productive of my career. I’m excited to now fulfill my dream of expanding into developing and producing a variety of movies and TV in China, partnered with my friend, DJ Parmar, who brings in his unparalleled passion and expertise in Chinese co-productions.”

United Talent Agency will represent Extraordinary Entertainment globally, including Harlin and Parmar. The deal to launch the company was closed by Stephen L. Saltzman and Paul Hastings, along with Cao Yu of Haiwen & Partners in China.