Report calls for UK film tax relief of 50% for documentaries 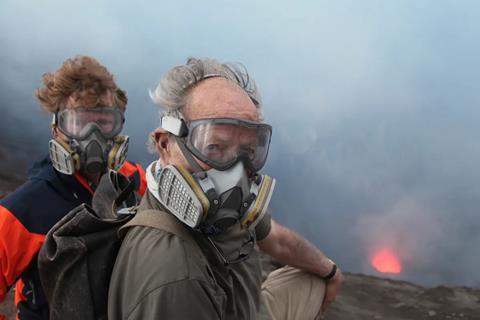 A report on the UK’s documentary film industry has called for “urgent policy intervention” as the creative sector works to rebuild in the wake of the coronavirus crisis.

One suggestion is to increase the proportion of lottery funds ring-fenced for documentary from 9.1% to 25% for 2020-21.

Another recommendation is to amend the UK’s current film tax relief to a rebate of up to 50% of qualifying spend, compared to the current 25% for fiction films.

Keeping It Real: Towards A Documentary Film Policy for the UK is written by Steve Presence, Andrew Spicer, Alice Quigley and Lizzie Green and published by University of the West of England (UWE Bristol).

The survey, which was supported by Doc Society and launched at Sheffield Doc/Fest last year, and the report are both part of the UK Feature Docs research project, funded by the Arts and Humanities Research Council. In summer 2019, it surveyed 200 UK-based producers and directors who had worked on at least one feature documentary.

The survey results were finished before the coronavirus pandemic hit but the authors noted, “The problems identified here will persist in a post-Covid-19 world.”

Presence, senior lecturer in film studies at UWE Bristol, said: ‘‘This is the largest survey of UK feature doc directors and producers ever conducted and it was done just in the nick of time. The evidence base it provides demonstrates just how under-served the feature documentary sector was before the pandemic. It is not a question of pleading a special case, but of recognising that the situation for many documentary filmmakers has been absolutely desperate for years in the UK.”

Support does not match consumer demand

But funding and support has not kept up with consumer demand. One key issue identified in the report is that “too often, feature docs are seen either as part of the independent film industry on the one hand, or as a breakout element of the television industry on the other. As a result, and as evidenced in the report, the feature docs sector has been significantly under-supported by both film and television policy alike.”

Key findings include chronic under-funding and too-low budgets of documentaries; finance concentrated on too few organisations; a diversity problem in the documentary film world; and a sector that lacks structure or coherence.

Based on those findings, the report makes 15 preliminary recommendations for action, which will become the basis for a seven-week consultation period that opens today (June 11). The report also acknowledges that the survey has a focus on finance and production and that more discussion is needed with distribution and exhibition.

1. Prioritise evaluating interventions  over data collection. A proposed sector steering group should tackle inequality not by encouraging more research but by collating and evaluating effectiveness of various initiatives across the sector.

3. Improve the cultural profile of feature docs within the industry; such a steering group could also help more clearly articulate the cultural, social  and economic benefits of a thriving feature-length documentary film. Documentaries should be included in wider industry conversations and decision-making and the report calls for wider screen sector agenices and institutions to have a responsiblitiy for championing and resourcing documentaries.

7. Explore the potential for a UK-based, dedicated documentary market and conference, potentially in collaboration with the BFI London Film Festival.

9. Diversify funders and strengthen ties with the BFI Network. The filmmakers surveyed would like to see more plurality of organisations providing that funding, potentially also including BFI Network to help identify funding especially outside of London.

10. Increase public service broadcasters’ support for feature documentary. Even in tough times for the PSBs, the report calls for more budget for the BBC’s Storyville strand; the creation of a similar series at Channel 4; Britbox adding feature documentaries; ITV and Channel 5 should introduce dedicated budgets for feature docs. It calls on Ofcom to regulate these kinds of changes.

13. Enhance support for development, as the lack of development funding is also a key barrier to entry for working-class filmmakers. The BFI Vision Awards and the BFI Network’s Insight: The New Producer Programme should include more documentary producers in future.

15. Introduce amendments to the UK film tax relief for documentary. Because documentary films are usually much lower budgeted than fiction films, the report suggests that the relief should be 50% of the budget, that total spend requirements be lower for docs, that pre-Company formation costs such as licensing archive are eligible costs, and that doc projects should not be subject to the same audit fees as fiction films.