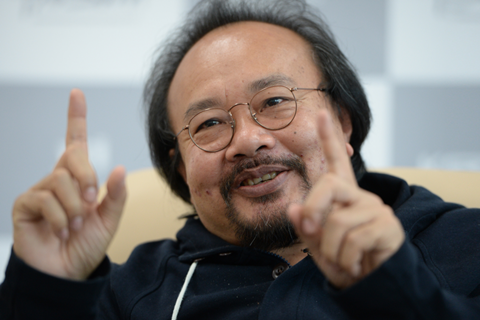 Cambodian director Rithy Panh will be president of the Caméra d’Or jury at next week’s Cannes Film Festival (May 14-25).

The filmmaker will be joined on the jury by director Alice Diop; director, author and critic Sandrine Marques; director of photography Benoît Delhomme; and president and director of post-production house Polyson Nicolas Naegelen. All four are from France.

The jury will award the Caméra d’Or prize at the May 25 closing ceremony, to one of 22 first features playing in the Official Selection, Directors’ Fortnight and Critics’ Week sections. Last year’s award went to Lukas Dhont’s Un Certain Regard title Girl.

Panh, who moved to Paris after the fall of Cambodia’s Khmer Rouge regime in 1979, first appeared in Cannes with his first feature The Rice People, in Competition in 1994.

He has since returned to the festival with S21: The Khmer Rouge Killing Machine in 2003, The Burnt Theatre in 2005, and The Missing Picture, which won the Un Certain Regard prize in 2013 and was the first Cambodian film to receive a best foreign language film Oscar nomination.

Cannes opens with Jim Jarmusch’s The Dead Don’t Die next Wednesday (May 14)and closes with Olivier Nakache and Eric Toledano’s The Specials on May 25.