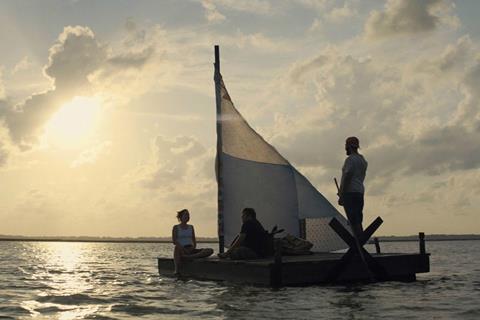 Michael Schwartz and Tyler Nilson directed the SXSW audience award winner starring newcomer Zack Gottsagen as a young man with Down syndrome who runs away from a residential nursing home to follow his dream of attending the professional wrestling school of his idol, The Salt Water Redneck, played by Thomas Haden Church.

Along the way he befriends Tyler (LaBeouf), a small-time outlaw who becomes an ally, and a kindly nursing home employee (Dakota Johnson). Bruce Dern, John Hawkes, Jon Bernthal, and Yelawolf round out the key cast.

Roadside has set an August 9 release date. Tim Zajaros and Christopher Lemole of Armory Films financed and serve as producers alongside Albert Berger and Ron Yerxa of Bona Fide Productions, and Lije Sarki and David Thies.

“The trio of Zack, Shia and Dakota is unlike any we’ve seen before and their adventure is awesome, heartwarming and inspiring,” said Roadside co-presidents Howard Cohen and Eric d’Arbeloff. “We’re thrilled to bring the movie to theaters and to work with such great new filmmakers as Michael and Tyler.”

Cohen and Angel An of Roadside Attractions, negotiated the deal with Endeavor Content and CAA on behalf of the filmmakers.