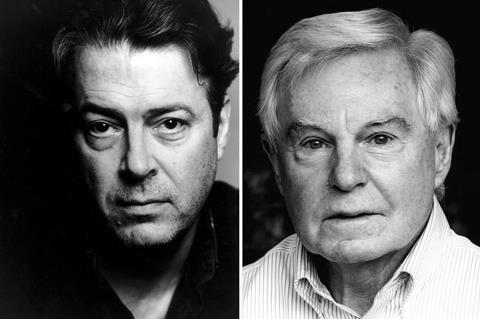 Roger Allam, Derek Jacobi and Anna Maxwell-Martin will lead the cast of black comedy Ilkley, which Independent is introducing to buyers at this week’s European Film Market (EFM) in Berlin.

The film is the second feature from former Screen Star of Tomorrow Harry Michell, whose debut Chubby Funny saw the director nominated for the Most Promising Newcomer BIFA in 2016.

The film is set in an idyllic Yorkshire spa town during its annual literary festival. As the world’s most controversial secularist is set to make an appearance, two hapless evangelicals are tasked with killing him. Harry Melling, Vinette Robinson and Flora Spencer-Longhurst also star.

The film will be a Guinea Pig Productions and Aimimage Productions project in association with Independent and Featuristic Films.

Producer Helen Simmons commented: “I’m thrilled to be collaborating with Harry again on our second feature. We have managed to attach a fantastically talented cast and with the unending support of our financiers and Independent, we look forward to making a hilariously funny and brilliantly original film.”

Sarah Lebutsch, Independent’s head of sales, added: ‘’With Chubby Funny, Harry has shown an enormous natural talent for writing and directing comedy, and we are delighted to be able to work with him on his second feature. The filmmaking team have gathered an incredible cast for Ilkley, we can’t wait to see Harry’s hilarious script on screen.’’