Ron Howard to direct documentary about The Beatles touring years

Documentary will focus on The Beatles’ touring years from their early days in Liverpool and Hamburg to their last public concert in 1966. 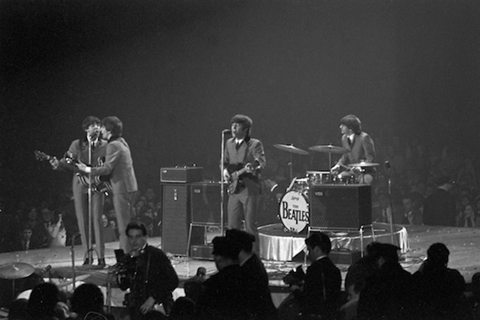 Ron Howard is to direct an official documentary about The Beatles’ years on tour in the early 1960s, produced with the cooperation of band members Paul McCartney and Ringo Starr alongside Yoko Ono and Olivia Harrison, widows of John Lennon and George Harrison.

Howard, director of Apollo 13, Rush and the upcoming Heart Of The Sea, said: “I am excited and honoured to be working with Apple and the White Horse team on this astounding story of these four young men who stormed the world in 1964. Their impact on popular culture and the human experience cannot be exaggerated.”

The film will focus on The Beatles’ journey from the early days of the Cavern Club in Liverpool and gigs in Hamburg to their last public concert in Candlestick Park, San Francisco, in 1966.

It marks the second documentary for Howard, the first being 2013’s Made in America, which centred on US hip hop artist Jay-Z.

The Beatles began touring Europe in late 1963, after scoring chart success with their debut album Please Please Me earlier that year. But it was their much-heralded Ed Sullivan appearance on US television on February 9, 1964, that caused The Beatles’ popularity to explode.

By June, the band had begun their first world tour, and continued on a relentless schedule for two subsequent years as Beatlemania grew. By the time the band stopped touring in August of 1966, they had performed 166 concerts in 15 countries and 90 cities around the world.

The outline of the new documentary was explained in a statement that said: “The cultural phenomenon their touring helped create, known as “Beatlemania,” was something the world had never seen before and laid the foundation for the globalisation of culture.

“Beatlemania was not just a phenomenon. It was the catalyst for a cultural shift that would alter the way people around the world viewed and consumed popular culture.

“This film will seek to explain what it was about that particular moment in time that allowed this cultural pivot point to occur.  It will examine the social and political context of the time, and reveal the unique conditions that caused technology and mass communication to collide.

“The film will also explore the incomparable electricity between performer and audience that turned the music into a movement – a common experience into something sublime.”

Jeff Jones and Jonathan Clyde will act as executive producers for Apple Corps, the company founded in 1968 that represents The Beatles under the director of McCartney, Starr, Ono and Harrison.

White Horse producer Sinclair has worked on a string of award-winning documentaries including Martin Scorsese’s George Harrison: Living In The Material World, which won two Emmy Awards, and No Direction Home: Bob Dylan, for which Sinclair won a Grammy Award.

The Beatles documentary is one of the first projects under Nigel Sinclair’s new White Horse Pictures banner, which he founded in ealier this year after exiting Exclusive Media with long-time business partner Guy East.

Sinclair said: “The way The Beatles burst onto the scene in Britain was an overwhelming social, cultural and musical phenomenon, but was even then eclipsed by that extraordinary explosion on the American scene and then the world.

“I was lucky enough to see The Beatles perform in Glasgow in 1964, shortly after their Ed Sullivan appearance.”

This project was originally brought to Apple Corps by One Voice One World, which has conducted extensive research around the globe, including inviting Beatles fans to send in clips of home movies and photos that they acquired during the period. OVOW’s Matthew White, Stuart Samuels, and Bruce Higham will form part of the production team as co-producers.

Paul Crowder will serve as editor. Crowder directed and edited Amazing Journey: The Story Of The Who, The Last Play At Shea and the Formula One documentary, 1. Crowder’s long-time collaborator, Mark Monroe, will serve as writer. Marc Ambrose (Bhutto) will serve as supervising producer.