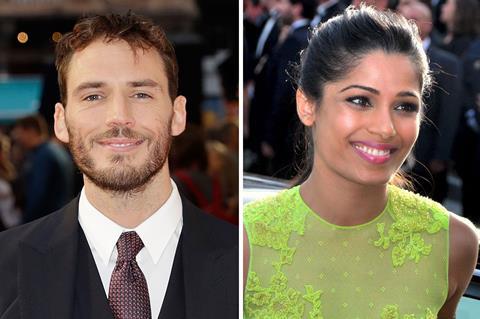 UK-Italy romantic comedy Love, Wedding, Repeat has added Sam Claflin, Olivia Munn and Freida Pinto to its cast ahead of filming in May.

Dean Craig (Death At A Funeral) has written the screenplay and will direct the project, which follows a wedding where the table seating is rearranged with disastrous and humorous consequences. The film is a remake of 2012 French comedy Plan De Table.

Producers on the project are Guglielmo Marchetti (Black Butterfly) of Notorious Pictures and Piers Tempest (The Wife) of Tempo Productions. Jo Bamford and Andrea Borella serve as executive producers.

The film will shoot on location in Rome from May 6. Further cast include Joel Fry, Allan Mustafa, Jack Farthing, Tim Key and Aisling Bea.

Italian distribution and production company Notorious, which has credits including Eros Puglielli’s Copperman, is also working on The Shift, an Italy-Belgium thriller to be directed by Alessandro Tonda, which is in the late development/financing stage.