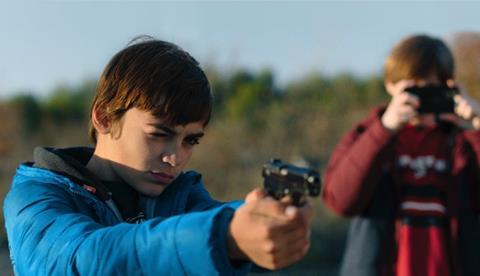 Thirteen films will compete for the Kutxabank-New Directors Award at the San Sebastian Film Festival, which runs from September 16-24.

More titles are expected to be added to the competition, which comes with a €50,000 prize to be divided equally between the director and the distributor of the film in Spain.

Turkey’s Jeanne Aslan and France’s Paul Saintillan co-directed Spare Keys, the tale of a teenager who establishes a relationship with her girlfriend’s brother during summer.

Nicaragua’s Laura Baumeister Daughter Of Rage is the story of an eight-year-old girl who gets by as she can in a rubbish dump. The film was supported by the San Sebastian Festival, where she won the best project award at the Europe-Latin America Co-Production Forum (2019) and the WIP Latam Industry Award (2021), among others.

Moldova’s Ion Borș, who won last year’s WIP Europa Industry and WIP Europa awards for Carbon, will participate with the black comedy set in the early 90s during the Transnistria War.

Danish filmmaker Katrine Brocks will compete with The Great Silence, following a young novice who receives the awkward visit of her twin brother in the convent.

France-based Russian actor Dinara Drukarova will present Grand Marin. She plays the starring role of a woman who leaves everything behind to set sail on a fishing boat and head for the northern seas.

Switzerland’s Carmen Jaquier will also make her feature debut with Thunder, the portrait of a woman’s emancipation in early 20th-century Switzerland.

Jeong-sun is the directorial debut of Ji-hye Jeong, the Korean competition winner at Jeonju Festival with her movie about a woman who becomes embroiled in a covert affair with a colleague at the factory where both work.

Director and producer Rocío Mesa’ Secaderos is billed as being tinged with magical realism set in tobacco drying rooms.

The directing trio Masahiko Sato, Yutaro Seki and Kentaro Hirase make their debut with Roleless, addressing the trials and tribulations of a cable-car operator who side-lines as a film extra.

Indian filmmaker Parth Saurabh will present On Either Side of the Pond, following a couple who, forced by the economic difficulties caused by the pandemic, return from Delhi to their hometown, where their relationship starts to unravel.

Croatia’s Josip Žuvan’s debut Carbide is about two friends who try to keep their friendship alive despite the quarrelling between their respective families.

Also in competition is Maria Elorza’s To Books and Women I Sing, about an anonymous and unarmed legion of women who take care of books.