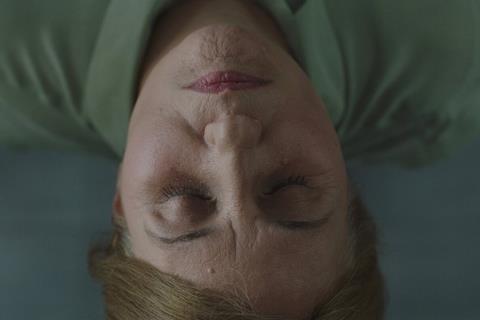 ‘Vera Dreams of the Sea’

Sarajevo Film Festival’s industry platform CineLink has announced the winners of its 18th edition, which took place entirely online for the first time as a result of the virus crisis.

More than 40 projects in various formats and stages of development were presented from August 15-20 across strands including CineLink Co-Production Market, CineLink Work in Progress and Docu Rough Cut Boutique.

Vuletić is known for his post-war Sarajevo drama Summer In The Golden Valley, which debuted at Toronto in 2003 and won Rotterdam’s Tiger Award, as well as Hop, Skip & Jump, which won best short in the Berlinale’s Panorama strand in 2000.

The Film Center Montenegro Award went to Andrijana Stojković’s Spite and the Film Center Serbia CineLink Award was won by Ana Urushadze’s Supporting Role. Both include a prize of €10,000.

From the work-in-progress section, winners included Kaltrina Krasniqi’s Vera Dreams Of The Sea, which includes €50,000 in post-production services, while the TRT award, worth €25,000, went to Adilkhan Yerzhanov’s Ulbolsyn.

Docu Rough Cut Boutique, the platform aimed at documentaries from Southeast Europe in the latter stages of editing, saw two prizes go to transgender teenager film Colors Of Tobi. Marking the feature debut of Hungary’s Alexa Bakony, the documentary won both the Cat&Docs and HBO Europe awards, each worth €2,000.

The industry days have become the primary hub for the Southeast European film industry, playing a major role in expanding cinematic co-production in the region. It was also the first element of this year’s Sarajevo to move online, taking into account the broad international draw of the event, before the entire festival chose to go digital.

Eave + Award: Vasilis Chrysanthopoulos, The Gospel According To Kimon