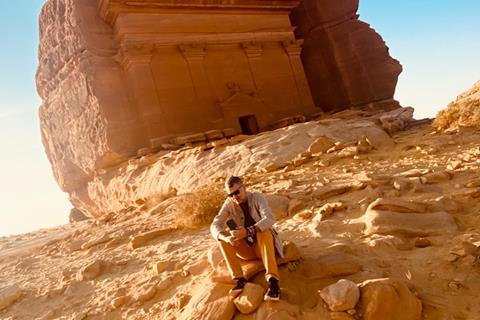 The Saudi Film Commission has unveiled first details of its long-awaited incentives package aimed at supporting and encouraging local and international productions to shoot in Saudi Arabia.

The Commission announced that incoming fiction features, documentaries, and animation projects shooting in Saudi Arabia will be eligible for a cash rebate worth up to 40% in qualifying costs.

This makes the incentive package the most competitive in the Gulf region and one of the most generous in the world.

The commission said it had studied various film incentives around the world and decided to work with cash rebates repaid to producers as a percentage of qualifying expenditure.

It added that a bespoke platform would be launched with the first applications expected to start coming in during the first quarter of 2022.

Saudi Arabia first announced it was planning a cash rebate scheme in Cannes 2018, months after its 35-year cinema ban was lifted. Until now, however, there have been no further public announcements.

In the meantime, two big-budget incoming productions have started shooting in the country.

Although Saudi’s incentive plans have remained under wraps until now, both productions are believed to have been incentivised although there has been no official confirmation of this.

The fledgling Saudi Film Commission had been expected to hold an announcement conference during the Red Sea International Film Festival running in Jeddah until Wednesday (December 15). Instead, it put out a short release as the festival’s awards ceremony came to an end on Monday evening.

“We have been working hard to develop a competitive incentive package for local and international movie makers and content creators. Our ambition is high: we want Saudi to become a global hub for film, creative production and industry talent,” said Film Commission CEO Abdullah Al Eyaf.

“The benefits of developing a world-class film industry go beyond the sector and will strengthen the Saudi cultural ecosystem as a whole, driving economic growth and creating jobs across the country.”

“The strategy provides our roadmap to achieve our aspirations, working across the entire value chain to enable the sector from talent development, infrastructure, and incentives to creating a regulatory environment that drives the swift development of the sector, whilst increasing demand for Saudi-produced movies through exhibition and distribution,” said Al Eyaf.

The Film Commission was launched in 2020 as one of the ministry of culture’s 11 sector-specific commissions. It contributes indirectly to three objectives of Saudi’s national culture strategy to increase the country’s GDP, number of jobs in the sector, and number of long-form films that are produced locally.