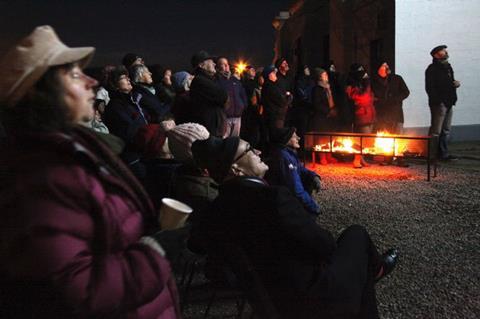 Cromarty Film Festival is one of the supported programmes.

Film and TV development and funding body Screen Scotland has selected five Scottish film festivals to support through its new £600,000 Film Festivals Fund, which was launched in June last year.

The fund has allocated a total of £340,000 to the following upcoming events: Take One Action, Cromarty Film Festival, Africa In Motion, Iberodocs, and the Film Folk Gathering.

Social and environmental change festival Take One Action has received £136,000 to support the programme over the next two years. The festival takes place in Glasgow and Edinburgh from September 18-29; in Aberdeen from November 15-17; and in Inverness from November 22-24.

Cromarty Film Festival, held annually at the beginning of December, has received £46,000 to support its development over the next two years.

Heading into its fifteenth year, Edinburgh and Glasgow-based African film festival Africa In Motion has been awarded £140,000 towards its next two editions.

Edinburgh’s Folk Film Gathering (April 26-May 11) has received £12,300 towards this year’s programme, which will explore ways in which Scottish and world cinema seek to invoke the qualities of folk tale and oral tradition.