Screen Talks: Independent producers say post-lockdown will be “about the small”

Filming will be “about the small” once production resumes after the coronavirus lockdown, said UK independent producers on Screen’s latest Screen Talks panel.

“It’s too enormous to look at the big picture,” said Number 9 Films’ Elizabeth Karlsen, addressing the potential for a production logjam once shooting can start up again. “Everything has become about the small, which is strange, because this is a global problem, and we look at things in terms of global stories that travel. And now everyone’s in a position where we’re all in it together, but it’s about the small – things that are manageable.”

Mike Elliott of Emu Films was three days away from principal photography on Terence Davies’ Benediction when lockdown put the production on hold. He hopes the small scale of the project will allow it to get going soon after filming restarts.

“It’s six weeks, roughly 10 to 12 locations, the first 11 days in a private house, so logistically it’s quite simple,” said Elliott. “When we really begin to understand what protocols we need to put in place, we feel we can gear back up relatively quickly – probably a two- to three-week start-up before we shoot.

“You can work through the technical elements, but at some point the actors need to be in front of the camera,” he continued. “We just need to get to a position where everyone feels confident about that. Filming relies on a collective confidence, so we have to work out what we can do, minimise the risk, and when we’ve also looked at things like insurance, then we’re going to try and be ready for when we’re able to do it.”

He described Davies’ age [the filmmaker is 74 years old] as “clearly something we’ll have to work out”, with coronavirus having a greater effect among elderly people.

“The productions this will really affect are the mid-range budgets,” said Karlsen, discussing the necessity of insurance bonds on productions. “If you’re a small enough budget, the chances are you have fewer moving parts, which is more approaching Dogme type of filmmaking. If you’re a big-budget film, then you can throw money at a situation and find solutions.

“But it’s the films we make – the $10-15m range, which were feeling challenged before we went into the Covid-19 situation… Now, their viability is that much more challenged.”

“If insurance companies will not cover Covid risk, then ultimately the government becomes insurer of last resort,” said Lowe. “It affects all industries, not just film. If we’re in this situation where we’ve got rolling lockdowns, there are business losses across the board. Ultimately, in the same way that terrorism is covered by government, I suspect any Covid-related losses will have to be treated in the same way.” 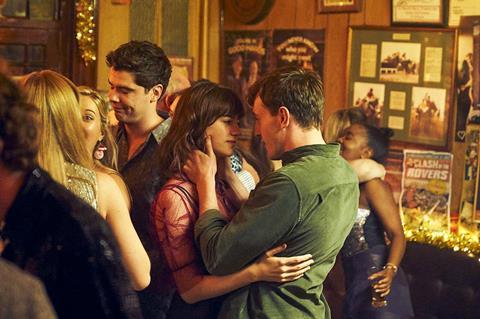 “The big question is: how comfortable are they going to be to travel?” he said. “For bigger names, for cast who are primarily US-based, at what point are they happy to jump on a plane and come work on your project?”

“It’s things that are more contained that will be easier to mount,” added Karlsen. “Actors are freer because they’re not going to be off shooting in far distant places – and also theatres.”

Screen Star of Tomorrow 2014 Jack Lowden is cast in the lead role of poet Siegfried Sassoon in Benediction. Elliott says the possibility of fully quarantining cast and crew for a period prior to shooting is remote.

“It’s a small indie, but it still involves day players coming in and out, crew appearing for certain sections and not for others,” he said. “We can do what we can do in terms of the core crew, we can think through where we accommodate people. But I think there are too many moving parts to think that could be completely done.”

The panel noted a shared passion across their teams has risen to the fore in these testing times. Normal People landed on BBC Three on April 26, but was still completing post-production as lockdown began.

“Both our foley artists are a couple; they scooped up their young child, brought him into the foley studio, told him they were camping in the foley studio that night, spent a couple of hours recording everything they needed to get done, and then went home,” said Lowe. “That’s a good example of the can-do attitude that we’ve had from all our crew. It’s been fantastic, but obviously challenging.”

“We had all our HODs in place, and I set up Zoom call at a time when things were uncertain,” said Karlsen. “Everyone wanted to join in, to air their anxieties. And not just personal health anxieties, but how they can do their work.

“What has really amazed me is the willingness and the desire from so many parties,” she continued. “From financiers, from insurers – this is people’s livelihoods and their careers and their passion. This may now be a part of our life – it may be a virus that comes back each year, that’s a reality we have to look at.” 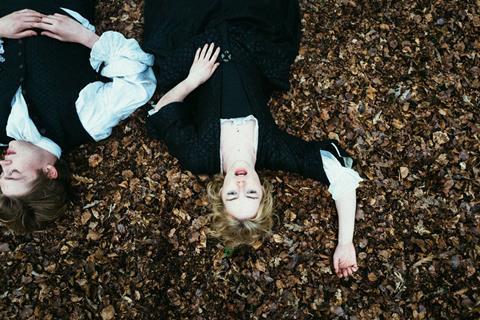 Lowe also has The Favourite director Yorgos Lanthimos’ untitled next film in development at Element, but says the lockdown may cause a delay.

“That is a bigger period film; we have considered various locations around Europe where we could base that,” he said. “Not necessarily as a co-production although it might be. But because of the nature of it, it’ll have an international cast, it’s period, it just feels like that’s going to take longer to figure out. We initially thought we might be making it around the same time as Conversations With Friends, but we’re assuming it’ll slip a bit.”

The panel agreed independent cinema will have a place in the post-lockdown landscape, despite tough times ahead.

“There will be a window from the point that cinemas open to when studios are comfortable releasing films on a regular basis where there will be gaps in the schedule,” said Lowe. “There’s a big shake-up coming, tensions are rising around the question of windows. It would appear the studios have the upper hand on that question; it’s likely that system will be significantly changed in the coming months and years.”

The producer saw the positive side: “It will create a little bit more space for those cinemas that are stalwarts of independent film and will support independent film. So in the longer term, I’m optimistic that there will always be cinemas, and always be cinemas playing the sort of film that we make. But both distributors and cinemas are going through a very tough time at the moment.”

He confirmed that Element will be looking to bring Calm With Horses back to cinemas when they reopen after its initial theatrical run was cut to just three days.

Elliott also highlighted possibilities for positive change. “I remember when I was a first AD for a couple of Lars von Trier films. They used to shoot for only five days a week, for eight or nine hours, and on a Friday they’d ask if they could have a short day on a Friday. They managed to make their films like that – I’ve always been on a mission to try and do something similar!” he joked.

“There is definitely more of an agenda about making the workplace a nice environment,” he continued. “That’s been something that’s been coming into practice more and more. Hopefully it will accelerate that and make us pause to think about it a bit more.”

Festivals should not be cast aside, added Karlsen. “I think there are always upsides to downsides. There are upsides that will emerge from this, with economic implications – you no longer have to fly people all around the world, perhaps even for press junkets. More can be done remotely which is obviously good for the planet as well, much better for people’s personal lives, for their health.”