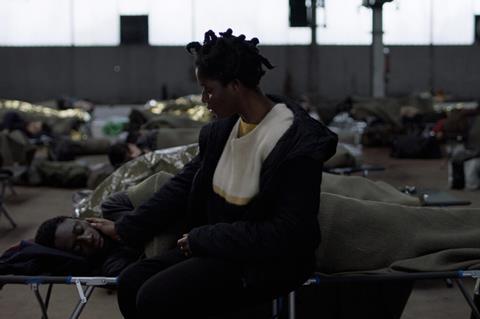 Serbian refugee drama As Far As I Can Walk scored five prizes including the main Grand Prix – Crystal Globe at the Karlovy Vary International Film Festival awards this evening.

Written and directed by Stefan Arsenijevic, the film also received the best actor award for Ibrahim Koma, and a special jury mention for Jelena Stankovic for cinematography, from the awards given out in the competition section.

The film also received two non-statutory awards, from the ecumenical jury, and the Europa Cinemas Label award for best film from across the Crystal Globe and East of the West competitions.

The Grand Prix comes with a $25,000 prize, shared equally between Arsenijevic and producer Miroslav Mogorovich.

As Far As I Can Walk is a re-imagining of a traditional medieval epic, in which contemporary African migrants take the place of Serbian national heroes, in a consideration of identity, tradition, race and love. Mogorovich produced the film for his Serbian company Art & Popcorn, alongside production support from France, Luxembourg, Bulgaria and Lithuania.

As well as Stankovic, the jury awarded two further special mentions, to actor Vinette Robinson for her role in Philip Barantini’s UK drama Boiling Point; and to Sonja Tarokic’s Croatian title The Staffroom.

David Ondricek’s festival opener Zatopek won the festival’s audience award, for which a running table of votes was recorded and presented to audiences throughout the event.

In the East of the West Competition, the Grand Prize went to Vladimir Munkuev’s Russian film Nuuccha, with a special jury prize for Dina Duma’s Sisterhood and special jury mention for Adela Komrzy’s Intensive Life Unit.

Festival guests Ethan Hawke and Johnny Depp were both present at the festival’s closing ceremony, with Depp having introduced a screening of Andrew Levitas’ Minamata earlier in the afternoon.

The Eastern Promises industry strand took place online in advance of the main festival, with the awards celebrated at an event hosted by the Czech Film Center on Tuesday August 24.

Grand Prix – As Far As I Can Walk (Ser-Fr-Lux-Bul-Lith) dir. Stefan Arsenijevic

Best actor – Ibrahim Koma for As Far As I Can Walk

East of the West Competition