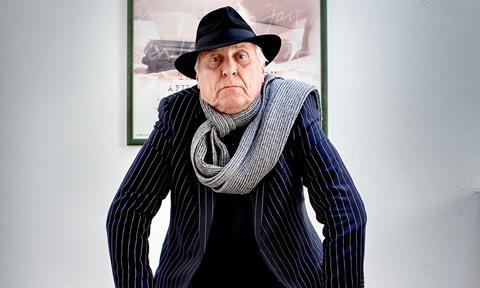 UK documentary festival Sheffield Doc/Fest (June 9-14) has unveiled the first batch of films and events set for its 2017 edition.

The festival will open with the world premiere of Queerama, a documentary chronicling the lives of gay men and women from 1919 to the present date.

The film features the music of American singer John Grant and dance band Hercules and Love Affair. Grant will attend the premiere and will perform live following the screening at Sheffield’s City Hall.

The project was supported by the BBC Storyville, Ffilm Cymru Wales and the BFI.

Doc/Fest 2017’s main programme focus will be Resistance And Change, with the festival exploring the topic through its film programme and events.

British filmmaker Peter Greenaway will attend the festival for the first time to hold an in conversation event, in which he will discuss his career, including his current project, a documentary about German theologian and religious reformist Martin Luther.

Further programme highlights revealed in the initial announcement include the UK premiere of Strong Island, Yance Ford’s documentary about the death of his brother which won a special jury prize at Sundance this year, and the European premiere of Whose Streets, Damon Davis and Sabaah Folayan’s film about the political protests in Ferguson, Missouri, which also premiered at Sundance.

In this year’s Alternative Realities programme, which features interactive media and virtual reality exhibitions and talks, Doc/Fest will present the world premiere of Wikileaks: A Love Story, an installation from British artist Anna Ridley that explores the conflict of privacy and public interest through the prism of Wikileaks.

Doc/Fest CEO and festival director Liz McIntyre commented: “We’re stepping into the early scenes of a tragicomic new world story. This year at Doc/Fest we have our most urgent and loudest call to action to join the groundswell movements of Resistance & Change where we celebrate those who disobey and resist to shape the future global narrative.’’