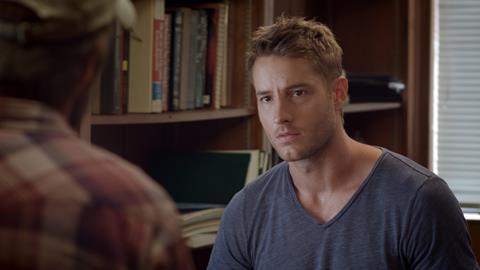 The story centres on a man who falls for a woman who is already engaged. With the help of a disgraced scientist he travels on a journey back in time before she meets her fiancé.

Justin Hartley (pictured), one of the stars on NBC show This Is Us and the upcoming Bad Moms Christimas, leads the cast alongside Arielle Kebbel, Chrishell Stause and James Kyson.

Thomas Hennessy directs from a screenplay he co-wrote with Scott Kennard.

“We are excited to represent this film and are eager to share it with audiences all over the world,” Ruskin said.

The company will also be tempting buyers in the Croisette with worldwide rights to crime drama The White Orchid.

Olivia Thirlby plays as a social services investigator who gets involved with the hunt for a murderer. Steve Anderson directs.