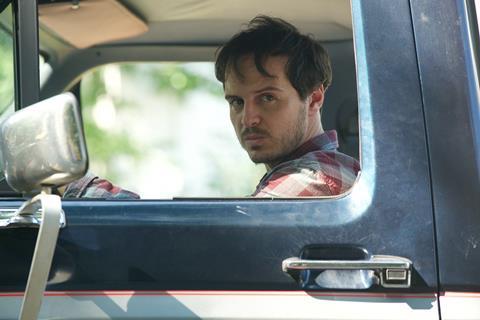 Shout! Studios has acquired North American Rights from Bankside Films to the thriller A Dark Place by Malice In Wonderland director Simon Fellows.

Shout! Studios plans to release the film across numerous entertainment platforms in 2019. Spectre and Sherlock actor Andrew Scott stars with Bronagh Waugh and Denise Gough in the story of a garbage truck driver in Pennsylvania who takes it upon himself to find out why a young boy has been found dead in his small town.

Shout! Studios vice-president of acquisitions Jordan Fields and vice-president of business affairs Vanessa Keiko Flanders negotiated the deal for Shout! Factory with Stephen Kelliher of Bankside Films on behalf of the filmmakers.

Fields said, “Simon Fellows has crafted a tense, emotional thriller propelled by Andrew Scott’s deeply layered performance as a troubled, obsessive soul. We look forward to bringing this movie to a broad audience in North America.”

Ellis-Unwin of Bedlam Film Productions added, “We are really looking forward to bringing A Dark Place to US audiences with Shout! Studios. Their support for the project has been incredible and we can’t wait to have them in our corner as the film finds its audience in North America.”