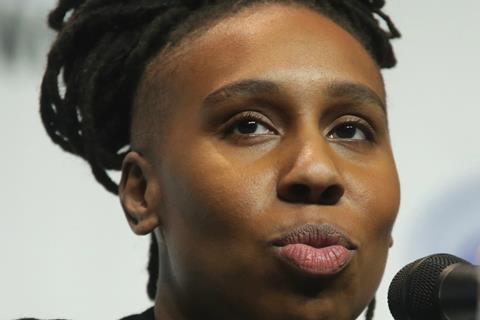 Continuing the race among US outlets to secure top TV talent, premium cable network Showtime has signed writer-producer-actor Lena Waithe, creator of its drama series The Chi, to a first-look deal.

Waithe, who serves as writer and executive producer on The Chi and is an Emmy winner for her writing on Master of None, will work with Showtime on comedy and drama projects that she both writes and produces through her company Hillman Grad Productions.

The Chi, a coming-of-age story set on the South Side of Chicago, ended its first season earlier this year and has been ordered for a second season.

Waithe has acted in series including This Is Us, Transparent and The Comeback and was a writer and regular cast member on the first two seasons of Aziz Ansari’s Master of None. Her producing credits include features Step Sisters and Dear White People. She wrote the feature Queen & Slim, set to shoot next year for Universal, and serves as executive producer and writer of upcoming cable series Twenties.

Showtime Networks president of programming Gary Levine said: “We fell in love with Lena’s voice when we ordered her pilot for The Chi three years ago, and we have watched in awe at her powerful impact on our industry and our culture. Lena is a creative force of nature and we are delighted that the force will be with us as she makes Showtime her creative home.”

Waithe added: “I have been a fan of Showtime for as long as I can remember. They make shows that most networks wouldn’t touch and they’ve never been afraid of taking risks. I look forward to introducing my Showtime family to fresh and exciting new voices. I want to make content that will challenge audiences and take them places they never thought TV could go. It’s going to be a fun ride.”