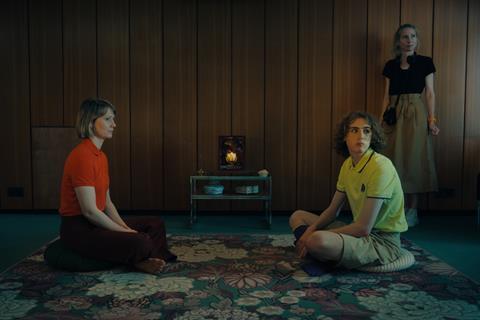 The first image from the production has also been released, featuring Hausner directing Wasikowska and newcomer Luke Barker.

Club Zero is an intense psychological drama set in an elite school and stars Wasikowska as a new teacher who forms a strong bond with five of the students, which takes a dangerous turn.

Babett Knudsen plays the school principal while El-Masry – a Screen Star of Tomorrow 2021 – stars as another teacher. Babett Knudsen and El-Masry both previously appeared together in Ben Sharrock’s Limbo.

After six weeks in the UK, the shoot will move to Austria for a further two weeks. Delivery is scheduled for spring 2023.

Club Zero is the sixth feature and second English-language feature from Austrian filmmaker Hausner. Her last film, Little Joe, premiered at Cannes in 2019 and won the best actress award for Emily Beecham. Hausner has been in Cannes sections with all her previous films except Lourdes, which played in competition in Venice in 2009.