Somalia selects ‘The Gravedigger’s Wife’ as first ever Oscar submission 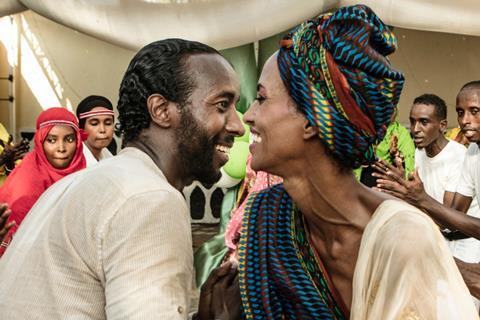 Finnish-Somali filmmaker Khadar Ayderus Ahmed’s The Gravedigger’s Wife, which world premiered in Cannes Critics’ Week in July, has been selected as Somalia’s first-ever Oscar submission for the 2022 Academy Awards.

Set in Djibouti City in the Horn of Africa, the drama stars Finnish-Somali actor Omar Abdi as a gravedigger on a quest to raise the money for the kidney transplant desperately needed by his beloved wife, played by Canadian-Somali model and actress Yasmin Warsame.

The film’s selection for consideration in the best international film category follows the creation of Somalia’s first-ever Oscar selection committee by the ministry of culture and tourism.

Having world premiered in Cannes, The Gravedigger’s Wife went on to screen in Toronto’s Contemporary World Cinema line-up, winning the Amplify Voices award, aimed at film­makers from under-represented communities. It plays in the London Film Festival’s Love section next week and then heads to Chicago (October 13 to 24) for its US premiere as well as the Panafrican Film and Television Festival of Ouagadougou (Fespaco), running October 16 to 23, for its African premiere.

It was developed under the auspices of the Cannes Cinéfondation Residence programme and also won the €20,000 prize post-production prize at the Marrakech International Film Festival’s Atlas Workshops industry event in 2019.

Africa last secured an Academy Award shortlist nomination in 2011 with Algeria’s Outside The Law, but the continent’s standing in the Oscar race has risen in recent years.

Senegalese-French filmmaker Mati Diop’s Atlantic made a high-profile Netflix-backed run for the 2020 awards and there was a buzzy set of submissions from the continent for 2021.

These included Ivory Coast director Philippe Lacôte’s Night Of The Kings by Ivory Coast’s Philippe Lacôte, Lesotho’s This Is Not A Burial, It’s A Resurrection by Lemohang Jeremiah Mosese and Sudan’s You Will Die At Twenty by Amjad Abu Alala as well as Tunisian director Kaouther Ben Hania’s The Man Who Sold His Skin.