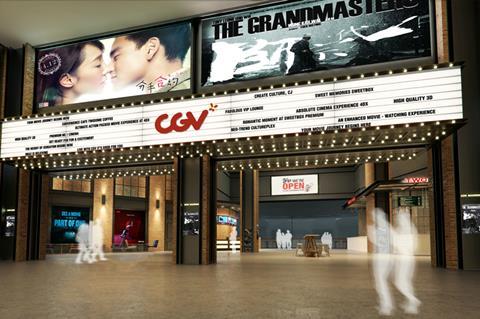 Leading South Korean exhibitor CJ CGV has announced it is planning to close 30% of screens over the next three years due to the Covid-19 pandemic “taking the film industry to the brink of collapse”.

This follows yesterday’s announcement (October 18) that CJ CGV will be raising ticket prices from October 26.

In a statement today, CJ CGV called its plans to cut down its number of screens an “extreme measure for survival” which also involves no longer opening new branches, selling off unprofitable properties, cutting down on weekday screenings and possibly doing away with them altogether in some cases.

The company says its sales have gone down almost 70% compared to the same period last year.

It plans to reduce the number of directly-run branches in its network of 119 sites by about 35 to 40.

CJ CGV will also be renegotiating rent deals, the rising burden of which the company also noted as a factor for raising ticket prices – along with additional costs for pandemic safety measures, a sharp drop in ticket sales and the postponement of anticipated Korean and Hollywood releases.