SPC, Stage 6 partner on US-Mexico Sundance drama ‘I Carry You With Me’ 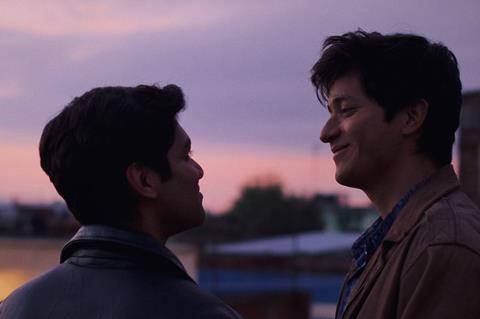 I Carry You With Me

Sony Pictures Classics (SPC) made its second on-site buy of Sundance, partnering with Stage 6 on documentarian Heidi Ewing’s narrative feature  solo directorial debut I Carry You With Me.

The Next selection premiered on Sunday and charts a gay romance spanning decades that starts in Mexico between an aspiring chef and a teacher. Societal pressure forces the relationship into an unexpected place when one of them is forced to move to the US.

Norman Lear and Brent Miller served as executive producers on I Carry You With Me (Te Llevo Conmigo) with Teddy Schwarzman, Ben Stillman, and Michael Heimler of Black Bear Pictures. Production companies credited are Loki Films, The Population, and Zafiro Cinema.