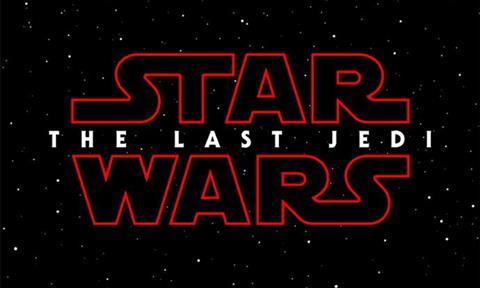 Disney has confirmed that the title for Star Wars: Episode VIII will be Star Wars: The Last Jedi.

They also put out a poster for the new film on Twitter. Check it out below.

Star Wars: The Last Jedi is written and directed by Rian Johnson and produced by Kathleen Kennedy and Ram Bergman and executive produced by J.J. Abrams, Jason McGatlin, and Tom Karnowski.

New cast members include Benicio del Toro as the villain, and Laura Dern and Kelly Marie Tran in unspecified roles.

The film will take place directly after the events of The Force Awakens, with shooting taking place at Pinewood and on location in Skellig Michael and Dubrovnik.

It is scheduled for release on December 15.