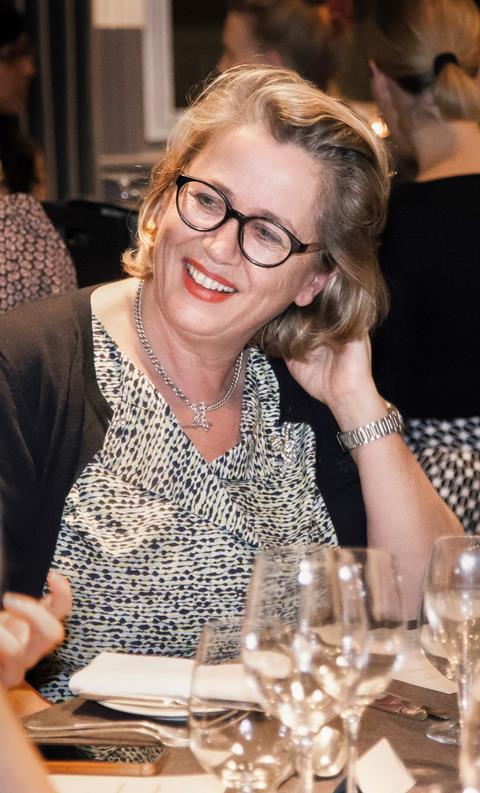 Film4 director Daniel Battsek sent out the following note today to the industry confirming the news.

It is with the greatest sadness that I’m writing to let you know of the death of our beloved friend and colleague Sue Bruce-Smith.

As most of you will know, Sue was diagnosed with cancer almost two years ago, and has been receiving treatment for that at home in Dublin supported by her family. She passed away yesterday morning.

Sue spent two decades of her career at Film4. She first joined the organisation in 1997, after stints at the BFI’s production division, BBC Worldwide and Palace Pictures, where I first got to know her.

In 2001 she relocated with her family to Dublin, where she’s lived ever since, and joined independent producer Little Bird. But she was lured back to Film4 by Tessa Ross in 2004 and has remained here ever since.

Most recently she held the title of Deputy Director of Film4, a role I asked her to take on soon after I took over the leadership, in recognition of her enormous contribution to the organisation, to the British independent film sector, and to a whole generation of British filmmakers who benefitted from her wisdom, expertise and kindness.

Sue’s knowledge and skillset spanned finance, production, marketing, distribution and sales. Her reputation was second to none, and she was a key element of Film4’s relationships with our partners and stakeholders, playing an integral role in many of our most successful and iconic films.

Sue was the epitome of the “do it or it doesn’t get done” mindset of Palace, and while she expanded her repertoire and developed her knowledge of the business over the course of her career, her attributes throughout were that she was adept, shrewd, reasonable, a great negotiator, and a very warm and real human being.

Last year BAFTA celebrated Sue’s career with a special Tribute event to reflect on her outstanding contribution to the industry, at which a wide range of filmmakers she’d helped demonstrated their love and respect for her. On accepting her award, she talked about the things that sustained her interest throughout her career: she loved independent film; she loved working in the public service, and the opportunity that afforded to take risks, make work that had social relevance and broaden the pool of filmmaking talent; but most of all, she loved the collaborative process of making and releasing films, feeding off the collective spirit and endeavour required, and the camaraderie created.

Sue inspired all those who worked alongside and for her. She was quite simply the best ally to have in your corner, personally and professionally. Words really can’t express how much I will miss her.

Our thoughts are with her family, who will hold a small, private service for her in Dublin.

In due course, I will be in touch with Film4’s plans to commemorate Sue.