Swiss cinemas to reopen this month 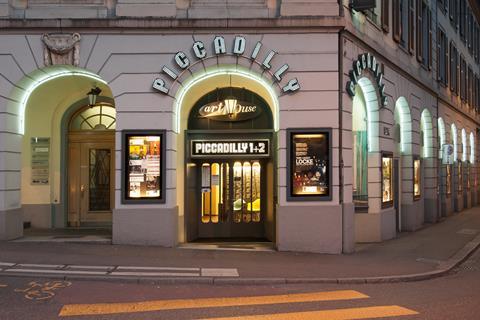 Cinemas in Switzerland will be allowed to reopen their doors from next Monday (April 19) following a decision taken by the Federal Council yesterday (April 14) in Bern to partly relax the country’s current lockdown measures.

Attendances at indoor venues including cinemas,  theatres, cinemas and concert halls will be limited to a third of a venue’s capacity, with a maximum of 50 people. Open air events such as football matches, concerts and film screenings may now be attended by up to 100 people.

In addition, cinema audiences must wear face coverings, a distance of 1.5 metres must be maintained between visitors, and food and drink may not be consumed.

Cinemas in Switzerland had been forced to close their doors completely from December 12 as more stringent lockdown measures were introduced to stop a rise in infections.

The coronavirus epidemic left its mark on the Swiss exhibition and distribution sector in 2020. The Federal Office for Statistics (BFS) reported that the 4.3m admissions and CHF 67m ($72m) box-office takings for last year were both around a third less than those posted for 2019.

Admissions in the German-speaking part of Switzerland fell year-on-year by 62% and by around 70% in the French and Italian-speaking parts, according to the BFS.