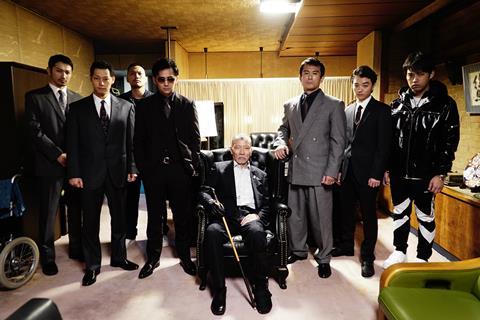 Haut et Court picked up the film for France, Eurovideo for Germany, Austria, and Switzerland, Nonstop for Scandinavia, Odeon for Greece, Mars for Turkey, Discovery for former Yugoslavia, Paradise for CIS and Baltics, and Front Row for the Middle East. HanWay represents worldwide rights and TOEI Films handles Asia and Australasia.

Producer Jeremy Thomas and Miike unite for the fourth time after Blade Of The Immortal, Hara-Kiri, and 13 Assassins. First Love is a noir-tinged yakuza film about a young boxer and a call girl who fall in love while they get caught up in a drug smuggling scheme over the course of one night in Tokyo.

Well Go USA plans a release in select theatres later this year, with digital and home entertainment release to follow in the first quarter of 2020. Well Go USA president Doris Pfardrescher negotiated the deal on behalf of Well Go USA and HanWay Films with ICM Partners on behalf of the filmmakers.

“Takashi Miike is one of the most exciting filmmakers working in international cinema today,” said Pfardrescher. “His new film, First Love, continues his extraordinary track record for interesting and provocative films and audiences will be blown away.”