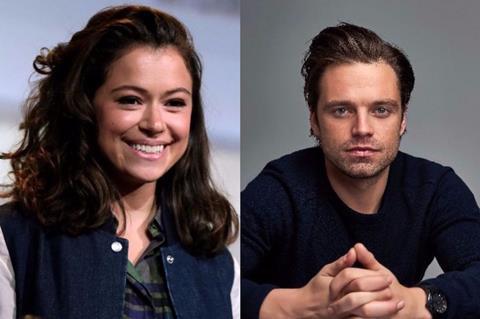 Tatiana Maslany and Sebastian Stan are in negotiations to join Nicole Kidman in Destroyer, one of the few hot titles at the recent AFM.

Karyn Kusama will direct the story about the moral and existential odyssey of LAPD detective Erin Bell, who as a young cop was placed undercover with a gang in the California desert with tragic results.

When the leader of that gang reemerges many years later, Bell must work her way back through the remaining members and into her own history with them to reckon with the demons that destroyed her past.

Maslany won an Emmy for her role in BBC America’s Orphan Black, which concluded its five-season run earlier this year. Most recently, she starred alongside Jake Gyllenhaal in Lionsgate’s Stronger, and has also appeared in films such as The Other Half, Two Lovers And A Bear, Woman In Gold, and The Vow.

Stan will next be seen in I, Tonya, portraying the role of the infamous figure skater’s disgraced husband, Jeff Gilooly. 30WEST will co-release the film with Neon on December 8. Stan is currently filming the next installation of the Avengers series and will reprise his role of Bucky Barnes/The Winter Soldier in Avengers: Infinity War next spring. Stan has also appeared in I’m Not Here, Logan Lucky, The Martian and Black Swan.

Kusama is set to direct the modern Los Angeles crime thriller from an original screenplay by Phil Hay and Matt Manfredi, who also wrote and produced Kusama’s film The Invitation. 30WEST will fully finance the film, with Fred Berger of Automatik, who will be producing alongside Hay and Manfredi.