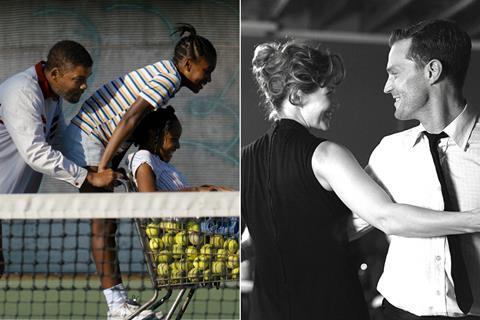 Reinaldo Marcus Green’s King Richard and Kenneth Branagh’s Belfast are among the world premieres on the programme for the 48th Telluride Film Festival (September 2-6).

The festival has confirmed a line-up of 80 films across features, shorts and retrospectives. Francis Ford Coppola, who said this week he is willing to invest up to $100m of his own money to get passion project Megalopolis made, will be among filmmakers attending in person. Coppola has a new cut of The Outsiders and The Rain People playing in Special Screenings.

Scroll down for the full Show programme

Warner Bros’ King Richard and Focus Features’ Belfast are among 36 features that will play in the main ‘Show’ section. Also debuting in the section are Mike Mills’ US feature C’mon C’mon, starring Joaquin Phoenix as a radio journalist embarking on a cross-country trip with his young nephew; US sci-fi Encounter, the second feature from Beast director Michael Pearce; and Joe Wright’s UK musical drama Cyrano, based on Erica Schmidt’s 2018 adaptation of Edmond Rostand’s 1897 play Cyrano de Bergerac.

Last month Benedict Cumberbatch confirmed that UK title The Electrical Life of Louis Wain will also debut at the event.

Titles heading to the festival directly from a Venice debut include Pablo Larrain’s Spencer starring Kristen Stewart; Jane Campion’s The Power Of The Dog; Maggie Gyllenhaal’s The Lost Daughter; Paolo Sorrentino’s The Hand Of God; and Roger Michell’s The Duke (which debuted at Venice 2020).

The Backlot strand will screen 11 titles featuring behind-the-scenes films and portraits of artists, musicians, and filmmakers, including Mark Cousins’ UK feature The Story Of Looking.

The festival will present three honorary Silver Medallion awards to recognise an artist’s significant contribution to the world of cinema, to Encounter actor Riz Ahmed, Campion and Cyrano lead Peter Dinklage. A special medallion will be awarded to film scholar Annette Insdorf, “for preserving, honoring and presenting great movies” according to the festival.

The guest director for 2021 is US filmmaker Barry Jenkins, who has made six special selections for the programme including Med Hondo’s 1979 title West Indies, and Claire Denis’ 1988 film Chocolat.

“Attending Telluride is always an adventure: the altitude, the weather, and the travel requirements to get here are not for the faint of heart,” said executive director Julie Huntsinger. “But the past two years have led us to a moment where we truly understand the phrase anything is possible, and we are ready. We have prepared for just about anything this year.”

The Automat (US) dir. Lisa Hurwitz

The Electrical Life Of Louis Wain (UK) dir. Will Sharpe

The Hand Of God (It) dir. Paolo Sorrentino

Marcel The Shell With Shoes On (US) dirs. Dean Fleischer-Camp

The Power Of The Dog (Aus-NZ) dir. Jane Campion

The 2021 Silver Medallion Awards recognising an artist’s “significant contribution to the world of cinema” will be presented to Riz Ahmed (Encounter), Jane Campion (The Power Of The Dog), and Peter Dinklage (Cyrano). Tribute programs include a selection of clips, the presentation of the Silver Medallion, and a screening of the aforementioned films.

Additional film revival programmes include The Apaches Of Athens (Gre, 1929, dir. Dimítrios Gaziadis), and Fragment Of An Empire (USSR, 1929, dir. Fridrikh Ermler), the latter of which will follow a presentation of the Special Medallion award to film scholar Annette Insdorf as a “hero of cinema… who preserves, honours and presents great movies”.

The Backlot screening room featuring behind-the-scenes films and portraits of artists, musicians, and filmmakers will screen the following programmes:

Special Screenings will play throughout the Festival including the short film Lead Me Home (US, 2021, dirs. Jon Shenk, Pedro Kos) with both filmmakers in person; a new cut of The Outsiders (US, 1993, dir. Francis Ford Coppola) presented by Coppola and Matt Dillon; The Rain People (US, 1969, dir. Francis Ford Coppola) with Coppola in person; El Gran Fellove (US, 2020, dir. Matt Dillon) presented by Dillon; and Mississippi Masala (US, 1991, dir. Mira Nair) with Nair in person.

Additional festivities will take place throughout the festival including The Touch (Swe, 1971, dir. Ingmar Bergman); a gallery of Laurie Anderson’s Covid-19 Zoom lectures entitled Spending The War Without You; and a poster Signing with previously announced 2021 poster artist Luke Dorman of Meow Wolf.