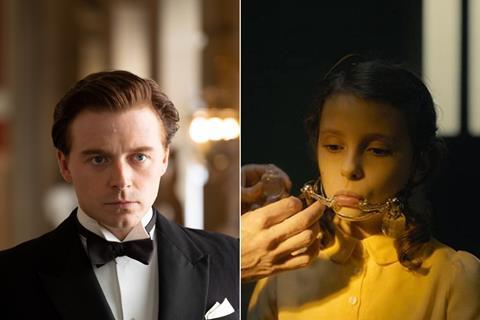 Features from Terence Davies and Lucile Hadzihalilovic will play in the Official Selection of the 69th San Sebastian Film Festival (September 17-25), which has announced its first titles today.

Davies will compete for the Golden Shell for best film with Benediction, his biopic of soldier and anti-war poet Siegfried Sassoon, which shot last autumn starring Screen Star of Tomorrow 2014 Jack Lowden, alongside Simon Russell Beale and Peter Capaldi.

French director Hadzihalilovic’s third feature Earwig is based on Brian Catling’s novel of the same name, and tells the story of a man employed to look after a young girl with teeth of ice. The film was backed by the BFI and Film4.

It is the third time veteran director Davies has played in the Official Selection at the festival, after The Deep Blue Sea in 2011 and Sunset Song in 2015; the festival also dedicated a retrospective to his work in 2008. Hadzihalilovic won the San Sebastian New Directors award in 2004 with her debut Innocence, and the special jury prize in 2015 with second feature Evolution.

Claire Simon’s I Want To Talk About Duras, starring Swann Arlaud and Emmanuelle Devos in the story of a man trying to describe his love for a celebrated writer 30 years his senior, is selected.

Also present in the Official Selection are French director Laurent Cantet with Arthur Rambo, about a successful writer forced to deal with hateful messages he posted on social media in his past; 2009 Berlinale Golden Bear winner Claudia Llosa from Peru with Fever Dream, a story of motherly love; and Argentina’s Inés Barrionuevo with Camila Comes Out Tonight, about a girl dealing with the changes of moving to a traditional private school in Buenos Aires.

The festival will run as an in-person event; further titles will be announced in due course.

I Want To Talk About Duras (Fr) dir. Claire Simon