London-based Asian film festival to open with the UK premiere of Erik Matti’s On the Job and features a focus on the Philippines. 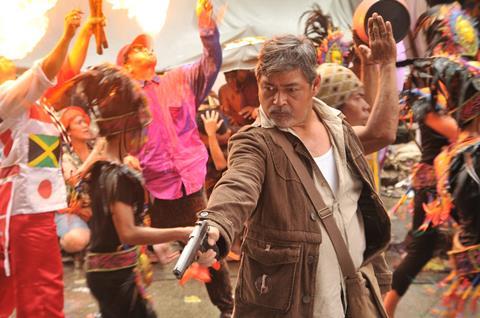 The sixth Terracotta Far East Film Festival (TFEFF), one of the UK’s biggest showcases for contemporary Asian cinema, is to open with the UK premiere of Erik Matti’s On the Job, which debuted at Directors Fortnight during the Cannes Film Festival 2013.

The festival, which will be held in two central London venues from May 23 to June 1, will comprise 24 films. It will close with the international premiere of Judge!, attended by director Akira Nagai.

TFEFF’s Spotlight On section will focus on the Philippines and director Matti will attend the opening ceremony of the strand with his film, On the Job.

The spotlight strand will be hosted by the Institute of Contemporary Arts (ICA) from May 23-27, which will also feature a double bill dedicated to award-winning Filipino actor Felix Roco. He will present the European premiere of A Thief, A Kid and a Killer with director Nathan Adolfson and Shift, in which a tomboyish call center agent falls for her openly gay co-worker.

The festival will also launch local dark comedy Tuhog on the international circuit. In addition, there will be special screenings of experimental film by Raya Martin and the history of Filipino B-films, as told through filmmaker Andrew Leavold’s quest to find the truth behind small James Bond superstar Weng Weng in The Search for Weng Weng.

The festival will then relocate to Prince Charles Cinema from May 28 to June 1 its usual sections.

The Current Asian Cinema section will showcase content from throughout East Asia including the European premiere of Commitment starring kpop rapper T.O.P. to the return of Kim Ki-duk with Moebius; a Mongolian-Germany production Remote Contol, low-budget Japanese indie youth drama Be My Baby and the return of Thai kicking duo Prachya Pinkaew and Tony Jaa for Warrior King 2.

The festival will also include the Terror Cotta Horror All-Nighter, with films from Takashi Miike, Erik Matti and the Mo brothers’s.

Events will include guest Q&As and free masterclasses by filmmakers.

Festival director Joey Leung said: “Our festival team have worked tirelessly over the last few months to bring yet another great event where film lovers can see quality Asian cinema on the big screen (the majority of which are premieres), enjoy talent masterclasses, and mingle with actors and directors at our parties.”

SPOTLIGHT ON: THE PHILIPPINES