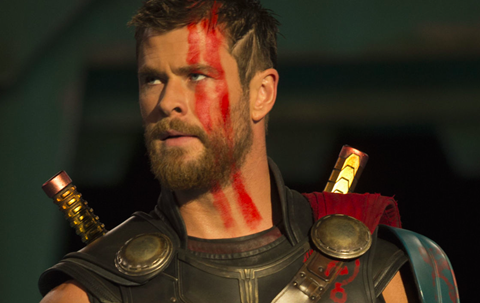 NOVEMBER 13 UPDATE: Marvel Studios’ Thor: Ragnarok maintained top billing in its second weekend in North America thanks to a confirmed $57.1m haul that propelled it past $200m and combined with solid debuts from Daddy’s Home 2 and Murder On The Orient Express to deliver a strong session.

There were more fireworks from heavyweight awards contenders in the limited distribution arena as Fox Searchlight opened Three Billboards Outside Ebbing, Missouri on $322,168 from four venues for a superb $80,542 average. Frances McDormand, Woody Harrelson and Sam Rockwell star in the tale of the mother of a murdered girl out for justice.

Paramount comedy Daddy’s Home 2 starring Will Ferrell, Mark Wahlberg, Mel Gibson and John Lithgow arrived in second place on $29.7m from 4,080 theatres to gave Gibson his best opening weekend in front of the camera since Signs 15 years ago. For the year-to-date, this was the highest PG13 live-action comedy debut and second highest comedy opening.

The comedy dropped 29.7% against the $38.7m December 2015 debut of the original (en route to $150.4m in North America and $242.8m worldwide) but is nonetheless a strong performance that should endure in the weeks ahead as a comedy alternative to the admittedly funny Ragnarok and this week’s new release, Justice League.

Fox’s Agatha Christie whodunnit Murder On The Orient Express directed by and starring Kenneth Branagh among a host of stars including Daisy Ridley and Johnny Depp pulled into the number three slot on $28.7m from 3,341.

Ragnarok now stands at $212.1m in North America and $652.1m worldwide through Disney including three international sessions as The Walt Disney Company crossed $3bn at the international box office and become the only studio to have done so in the last three years.