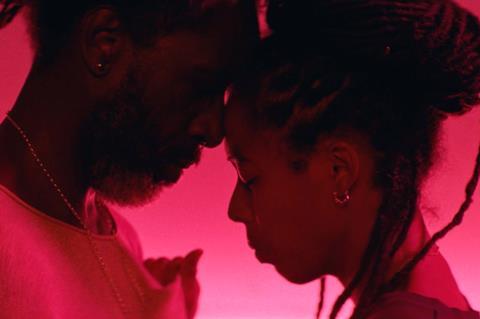 Toronto International Film Festival (TIFF) has boosted next month’s line-up with a special events roster that includes a returning anniversary edition of Planet Africa to mark the Black Lives Matter uprisings, and a conversation between Claire Denis and Barry Jenkins in the live talks series.

Festival organisers also said that due to evolving health precautions necessary for the back-to-school season in September, the Isabel Bader Theatre, part of the Victoria University at the University of Toronto’s campus, will not be an indoors screening venue at the event, set to run from September 10-19.

All screenings previously scheduled at Isabel Bader have been moved to TIFF Bell Lightbox. TIFF is being staged this year as a hybrid event encompassing indoor, outdoor and digital events.

In Conversation With… Halle Berry
This conversation delves into all aspects of Berry’s experience directing Bruised, in which she also stars, and will also provide a first-person discussion about her ground-breaking film and television career that spans 30years. As previously announced, this event is part of TIFF’s Share Her Journey initiative in support of women behind and in front of the camera.

In Conversation With… Saoirse Ronan
Four-time Oscar nominee Saoirse Ronan discusses her powerhouse performances over the past decade that have catapulted her to international fame.

In Conversation With… D-Nice & Anthony Mandler
Club Quarantine founder D-Nice and Anthony Mandler, one of the most influential music-video directors of our time, discuss the power of music and film. Presented by BRON

Many of TIFF’s talks will be presented on TIFF’s platform Bell Digital Talks.

All synopses copied or adapted from those provided by the festival.

Underplayed (Can)
Dir: Stacey Lee
This documentary follows radical female artists breaking the rhythm of inequality in the electronic-music industry. Underplayed will screen at OLG Play Stage at Ontario Place on September 19, followed by a live performance set with DJ/producer REZZ, one of the main subjects of the film.

The Boy From Medellín (USA)
Dir: Matthew Heineman
With unprecedented access, this deeply immersive and character-driven film will give viewers a front-row seat to J Balvin, one of the world’s most famous Colombian musicians, as he is forced to define his voice as an artist amidst the largest protests his country has seen in decades. There will also be a talk with Colombian reggaeton superstar J Balvin.

The Truffle Hunters (Ita/USA/Gr)
Dirs: Michael Dweck, Gregory Kershaw
Deep in the forests of Piedmont, Italy, a handful of men, 70 or 80 years young, hunt for the rare and expensive white Alba truffle — which, to date, has resisted all of modern science’s efforts at cultivation. They’re guided by a secret culture and training passed down through generations, as well as by the noses of their cherished and expertly trained dogs.
A special curated menu from Official Hospitality Partner Oliver & Bonacini will be available for purchase by audiences.

The Water Man (USA)
Dir: David Oyelowo
Selma star Oyelowo directs this mystical adventure recalling the family-friendly movies of the 1980s. One of two family films at the festival.

Wolfwalkers (Ire/Lux/Fra)
Dirs: Tomm Moore, Ross Stewart
From the animators behind Song Of The Sea and The Secret Of Kells comes this tale of a girl who goes hunting wolves in Ireland and discovers a surprising world. Steeped in Irish folklore, this is an uplifting fantasy for the whole family.
All films noted here as part of Special Events are accessible on the Bell Digital Cinema platform and are part of TIFF’s Official Selection.

Created in 1995 by Cameron Bailey, TIFFs co-head and artistic director, Planet Africa was dedicated to cinema from Africa and the African diaspora. Programmed by Bailey, then June Givanni and Gaylene Gould, it ran as a part of the festival for 10 years. In honour of its launch 25 years ago, TIFF marks 2020’s Black Lives Matter uprisings with special events under the banner of Planet Africa 25.

TIFF has selected four new films for its Official Selection that embody the spirit of Planet Africa.

Akilla’s Escape (Can, pictured)
Dir: Charles Officer
In a crime-noir about the urban child-soldier, Akilla Brown captures a 15-year-old Jamaican boy in the aftermath of an armed robbery. Over one gruelling night, Akilla confronts a cycle of generational violence he thought he had escaped.

Downstream To Kinshasa (En Route Pour Le Milliard, DRC/Fr/Bel)
Dir: Dieudo Hamadi
Members of the Association of Victims of the Six-Day War, tired of bureaucracy, take their fate into their own hands and journey down the Congo River to voice compensation claims stemming from the 2000 battle between Congolese rebel groups in the city of Kisangani.

40 Years A Prisoner (USA)
Dir: Tommy Oliver
The story of nine people from Philadelphia-based back-to-nature group MOVE, who were convicted of murdering a police officer they likely didn’t kill. Forty years later the son of two of the convicted people has dedicated his life to fighting for their release.

The Way I See It (USA)
Dir: Dawn Porter
An unprecedented look behind the scenes of two of the most iconic presidents in American History, Barack Obama and Ronald Reagan, as seen through the eyes of renowned photographer Pete Souza.

A panel entitled, ‘Planet Africa 25: Origin Stories’, will take place on September 13. Bailey and the team that built Planet Africa will look at what the programme’s legacy means today.

TIFF will also present Planet Africa 25: The Return Of The Planet Africa Party with DJ Dave Campbell and special guest Mr Akil D from the annual B.L.A.C.K. Ball, for a dance party live-streamed from a secret location.

“Planet Africa stands as one of the proudest moments in my career,” said Bailey. “Twenty-five years ago, I joined with colleagues and friends to launch a festival platform for films from all over the African diaspora. We brought filmmaking legends together with new talent. We hosted a Planet Africa party that got both Hollywood stars and everyday Black people on the dance floor. We made our dreams for Black creativity real. I hope celebrating that work now can help inspire the next generation.”

The Archivists (Can) Igor Drljača

Found Me (Can) David Findlay

Sing Me A Lullaby (Can) Tiffany Hsiung

TIFF will celebrate the following awards:

People’s Choice Award
Audiences can vote online this year. The winner will be announced on September 20.

IMDbPro Awards
Films programmed in Short Cuts selection are eligible for three jury-selected IMDbPro Short Cuts Awards: Best Film, Best Canadian Film, and, new this year, the Share Her Journey Award for best film by a woman. IMDbPro will provide each of the three winners with a bursary of C$10,000 and a one-year membership to IMDbPro. Winners will be announced on September 20.

TIFF continues to work closely with the Province of Ontario, the City of Toronto, and public health officials on the safe execution of the festival. The Province’s Stage 3 reopening guidelines currently cap a movie theatre’s occupancy at 50 guests per cinema regardless of the total capacity of the theatre.

TIFF is about the films, and we’ve stayed true to that mission,” said TIFF co-head and executive director Joana Vicente. “We also are committed to an enhanced festival experience for film lovers. TIFF is renowned for conversations that dive deep into the history and context of the films that we curate, and the artistic processes of the talent who create those films. TIFF is an international platform for audiences, media, and the industry to discover great filmmakers, and explore new directions in cinema.”

“It was important for TIFF to move forward and keep the creative spirit alive,” added Bailey. “That is why we are so happy to deliver TIFF. We are dedicated to providing a platform for filmmakers of colour, emerging talents, and independent creative film artists, and particularly women filmmakers — to spotlight their work, raise their profiles, and amplify their voices, especially those of Canadian and Indigenous artists, and continue to be a thought leader in film culture.”

Click here for further details on the 45th edition of TIFF.