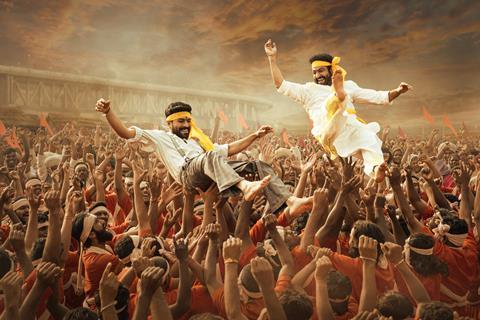 TIFF brass have announced seven Primetime TV series including 1899 from the creators of Netflix’s German hit Dark and programming for the five-day Industry Conference.

There are panel sessions on the future of exhibition and awards and one on Indigenous story-telling, as well as Spotlights focus on global incentives and co-productions, and opportunities for filmmakers to interact with industry fogures such as Academy CEO Bill Kramer and president Janet Yang.

“TIFF recognises serialised storytelling as one of the most ground-breaking creative mediums today,” said Anita Lee, TIFF chief programming officer. “Growing increasingly risk-taking, it continues to attract top writers and directors globally. TIFF Primetime spotlights the best of series — the most acclaimed and anticipated — and the discoveries that will soon be the most talked about.”

“This year’s line-up highlights the work of both established and emerging creators, with a balanced mix of new discoveries and fan favourites,” added Geoff Macnaughton, Senior Director of Industry and Primetime Programmer, TIFF. “There is something for everyone, and each series will be followed by an extended Q&A with the creative team.”

All world premieres unless stated otherwise.

“In welcoming the global film and television industries back to Toronto for the first time in two years, we are thrilled to be hosting our curated five-day Conference in-person again,” said Lee. “It’s a supercharged year with the opportunity to hear directly from those setting the bar in the new global industry today.”

“Conversations between creators, champions, and moguls can collectively shape the business to achieve more inclusivity and sustainability in their areas of expertise,” said Macnaughton. “The make-up of the conversations will present development opportunities for all in attendance, from emerging creators to experienced professionals.”

Dialogues sessions are supported by Ontario Creates and speakers will be announced soon.

An opportunity for emerging and mid-career filmmakers to interact directly with industry leaders. Confirmed sessions include: “Academy 365” with Academy CEO Bill Kramer and newly anointed Academy president Janet Yang; “Pathways from Shorts to First Features”; “Breaking in and Moving Forward”; “The ReFrame ReSource”; and “How To Access Telefilm Funding”.

A focus on global talent, incentives, co-production opportunities, and pitching sessions. Sessions include: “Do It the Spanish Way! Spain–Canada Coproduction Forum” presented by ICEX and ICAA; “Indigenous Filmmakers at TIFF” presented by the Indigenous Screen Office; “Renewal of the Canada–France Co-Production Treaty” presented by Telefilm Canada and The French Embassy in Canada; “The Big Pitch” presented by Caribbean Tales Media Group; and “Cents and Sensibility: Making Meaningful Change in the World of Film Financing” presented by Breaking Through the Lens