TIFF to host screening at Kabukiza 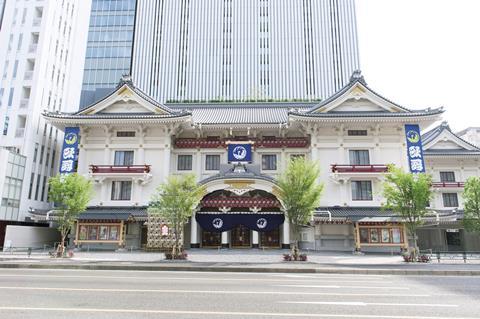 The Tokyo International Film Festival (TIFF) is set to host a special screening for the first time at Shochiku’s historic Kabukiza Theatre during this year’s edition of the festival.

Tokyo’s main venue for kabuki performance, the traditional form of Japanese dance-drama, the theatre is rarely used for film screenings.

Originally constructed in 1889, the theatre has been rebuilt four times over the past century. The current structure, designed to withstand earthquakes and improve accessibility, opened in April 2013 and attracted 1.32 million visitors in its first year.

The screening will be one of the highlights of TIFF and take place halfway during the festival on Oct 27, 2014. TIFF will hold a press conference in late summer to announce which film will be screened at the theatre. This year’s TIFF will take place Oct 23-31.