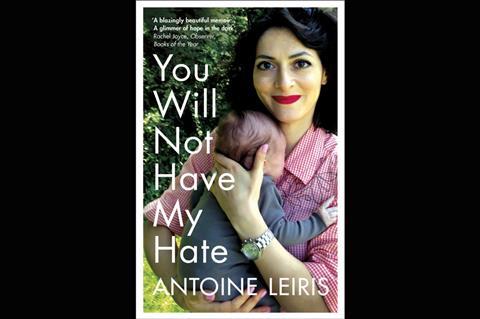 ‘You Will Not Have My Hate’

German production outfit Komplizen Film, whose credits include Toni Erdmann, has acquired the film rights to French journalist Antoine Leiris’s international bestseller You Will Not Have My Hate.

Published in 2016, Leiris’s book charts how he and his baby son endured the days and weeks after his wife, Hélène Muyal-Leiris was killed by terrorists while attending a rock concert at the Bataclan Theatre in Paris in November 2015.

Riedhof’s last project was the TV two-parter 54 Hours (Gladbeck) based on the true story of a hostage crisis that shocked Germany in the summer of 1988 when two robbers held up a bank and then demanded free passage from the police while taking bank employees hostage.