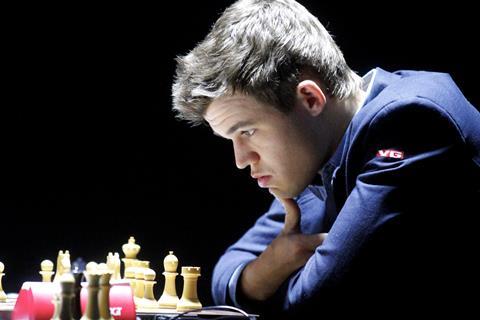 Magnus has been compiled from more than 500 hours of footage shot over a decade, from when a 13-year-old Carlsen was being bullied by his classmates in Norway for his obsession with chess to becoming world champion and the highest ranked player of all time aged 22.

The coming of age story unfolds as the prodigy battles his way through the ranks of chess, with personal sacrifices, special friendships, modeling jobs and his family.

Magnus marks the feature debut of journalist and documentarian Benjamin Ree. “No one understands how Magnus Carlsen has become so good – not even himself,” said Ree.

“He has studied the game in a completely different way than all the greatest chess players in history. He has been driven by playfulness and curiosity, rather than discipline and structure. That’s why he is known as the Mozart of chess.”

The film is produced by Moskus Film’s Sigurd Mikal Karoliussen who said: “Usually documentaries about celebrities are told in retrospect. In Magnus, the filmmakers have filmed Magnus since he was 13 years old.

“It can be compared to if a film team had followed Mozart from when he was 13 to 23, and captured all the decisive moments in his life.”

Magnus is a co-production between Moskus Film and Nordisk Film Production.

TrustNordisk CEO Rikke Ennis said: “Some stories are just mind-blowing and fascinating in a very special way. Magnus is that kind of story and has a great universal potential.

“We believe it will have success both distribution wise and in festival circles.”