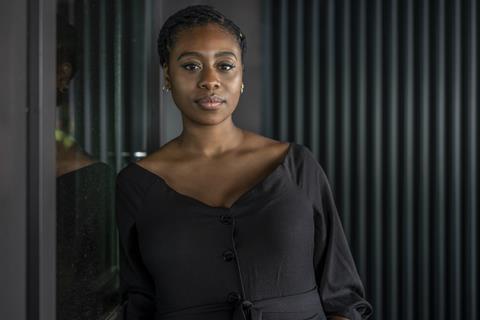 Netflix’s Fiona Lamptey and BBC Film’s Claudia Yusef are among the top-level executives working with newly-created industry development programme Creative Corridor to support rising writers and writer-producers of colour from the US and the UK to collaborate on film and TV projects.

Creative Corridor will unite five writers and writer-producers from the UK and five from the US to explore how to create, co-produce, network and successfully pitch commercial projects through a series of masterclasses.

In January 2022, the participants will then pitch to Lamptey and other participating UK and US executives.

The participants have yet to be announced.

Creative Corridor is a collaboration between UK charity the Independent Film Trust and US screenwriting education and training platform Roadmap Writers. A sponsorship deal with UK-based pitching platform, Smash, will make the programme free to access for ethnically diverse writing and producing talent.

According to research conducted by the Creative Diversity Network, fewer than 2% of writers working in UK TV identify as Black, while only 2.4% of production executives and 4.4% of series producers identify as Black, Asian and minority ethnic.