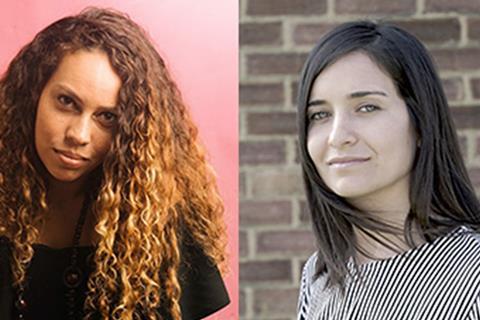 The Academy has selected UK-based Bafta-winning For Sama co-director Waad al-Kateab as the international and Kelley Kali as the US recipient of its 2021 Academy Gold Fellowship for Women.

The one-year programme offers financial support, mentorship and access to networking opportunities for emerging women filmmakers to further their pursuits in the field. The US recipient is awards $35,000 and the international recipients $20,000.

Both will also benefit from lifelong career advancement support through the Gold Alumni Program offering ongoing access, opportunity, professional development and education for alumni of Academy Gold programmes including Gold Rising, Student Academy Awards, and the Nicholl Fellowships in Screenwriting.

Al-Kateab is an activist and filmmaker whose reporting on the Syrian conflict in Syria for Channel 4 News in the UK won the 2017 International Emmy for news. Her chronicle of her life during five years in Aleppo became the basis of the Oscar-nominated feature documentary For Sama, which she directed with Edward Watts. It won the documentary prize L’Œil d’Or at Cannes 2019 and won the 2020 Bafta best documentary prize.

Al-Kateab has also received the IDA Courage Under Fire Award, Special Recognition for Courage in Filmmaking at the DOC NYC Festival and was included in TIME’s 100 Most Influential People of 2020 list. Now residing in London, al-Kateab continues to work with Channel 4, mentors women journalists and dedicates time to her advocacy campaign, Action For Sama.

Kali is a graduate of Howard University and USC School of Cinematic Arts who has directed, written, and produced films in Belize, Haiti, China and the US. She recently directed, produced and starred in the feature film I’m Fine (Thanks For Asking) and was selected to work with Ron Howard and Brian Grazer’s New Form Digital to develop her web series pilot The Discovery Of Dit Dodson which played at festivals across the country.

She wrote and directed Lalo’s House which won the silver medal in the narrative category at the 45th Student Academy Awards. Among her other honours are a Directors Guild of America Student Film Award and the Jury Choice Award at the Diversity in Cannes Short Film Showcase.